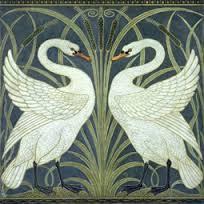 And Ladies of the Club

Heart of Darkness / The Secret Sharer

As I walked out one Midsummer morning

Under the Tuscan Sun

IN THE MEMORY OF THE FOREST.

Running with Scissors: A Memoir

My bookcrossing name is Geileis - having entered my unusual-in-Australia proper name and been rejected by bookcrossing, I decided on Geileis which is Gaelic for "swan" and was appropriate at the time of membership as I was in Inverell - gaelic for "meeting of the swans".

I really enjoy reading and have a growing collection of books spilling out of my bookcases and onto the floor. My permanent collection is permanent and is to give you an idea of my taste in books. These are the ones re-read or owned for life and will not be bookcrossed ever! I usually go through English 19th century classics especially since being given my grandparent's collection of classical literature - really love Elizabeth Gaskell, Thomas Hardy, Wilkie Collins ("The Moonstone"), George Elliot and Jane Austen. I really loathe Henry James and Virginia Woolf. For 'light' reading, love Cynthia Voigt, Paul Scott ("Jewel in the Crown" series), Catherine Cookson, K.M.Peyton (especially Flambards), Georgette Heyers, Agatha Christies and the Hornblower series.

SIY 13 (failed abysmally - but went to France and Spain - Yippee!)

Finishing The Law and the Lady by Wilkie Collins. Done

1. Almayer's Folly by Joseph Conrad. (Part of my Conrad Challenge)Done

2. I aim to read Beryl Bainbridge's The Dressmaker (nominated for the Booker Prize in 1973). Done

3. Dicken's Christmas book:The Chimes, The Cricket on the Heath, The Battle of Life and The Haunted Man in the one Volume. Not read!

4. Agnes Keith's "Land below the wind" Done and wonderful read!

6. To be decided. Any suggestions? I would like to find a Booker Prize winner or nomination for this one. Thanks for "What's Bred in the Bones" last time!See: www.themanbookerprize.com/---/Whos_who_2009-0.pdf
It is easier to find books in the middle of the Booker Prize in the library- the current ones are in high demand- the earlier ones are hard to find!


SIY 10 (MrsGaskell retires as host of SIY. October to December 2009)
1. Master Georgie by Beryl Bainbridge.
2. Nightwatch by Sarah Waters.
3.Mort by Terry Pratchett.
4.My career goes bung by Miles Franklin
5.The Law and the Lady by Wilkie Collins
6. To be decided.

SIY Challenge 9:
6 Booker Prize or shortlisted books:
1. "The Inheritance of Loss" by Kiran Desai(won 2006 Booker Prize)pp.324. (decided to withdraw this book)
2."A dark night's work and other stories" by Elizabeth Gaskell.
3. To be decided. (Ran out of time)

"A house is no home unless it contains food and fire for the mind as well as the body."