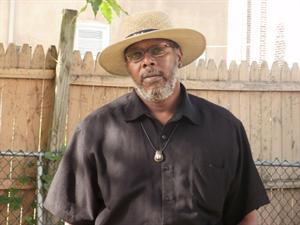 HALLOW II - A Portentous Epoch of Sagacious Redolence and Epiphany: A Significant Era of Perceptive Aroma and Vision (Volume 1)

"The One Thing I Know is...": How To Understand Information Technology

"Hallow": ~A Sojourn Into Now and Then~

"The Spirit of The Soul and The Death of Morals": Whence comest thou?

"Anthology Of An Essayist" - Volume One: TechnoManagerial: "A Student's Guide Into the World Of Technology" (Volume 1)

/*
"I am and have been an avid reader for most of my life."
View the current posted and published author's many online contributions. Google my name...or just do a network search for Gregory V. Boulware and enjoy the titles of my articles, books, and blogs.

View:
“The Books of Boulware”

An inside view into the world of computers, media technology, and computers:

“Anthology of An Essayist” – Volume One: Technomanagerial

"It’s Not The Things You Know, It's The Things You Know That Just Ain't So"
Within the world of information technology / computer science, the structures, formats, platforms, applications, hardware, and/or vendors are service oriented architecture based programming. The programming is designed to meet the needs and/or offer some type of business service.
ISBN-13: 978-1466437982
ISBN-10: 1466437987
BISAC: Study Aids / Study Guides
Title ID: 3707069
BookCrossing ID: 354-10283556

“This is a command or instruction for everyone; in return for the greatest blessings and the greatest amount of the grace."
The Census Bureau reported that 43.6 million people lived in and or below the poverty level – 14.3% is the latest recording. I believe it’s much worse than that.
“The Great Recession is officially over!” Haven’t you heard the good news?
The American populace is suffering in the worst financial crisis since the “Great Depression.”
It’s simply amazing how someone or some entity is constantly trying to sell you and me something.
This contribution is worth the while... A must have edition to your library. A timeless tool for the young and not so young - Man, Woman, and Computer!
ISBN-13: 978-1470114398
ISBN-10: 1470114399
BISAC: Education / Administration / General
Title ID: 3804310
BookCrossing 024-10503836

Walter made a backroom deal. The deal placed him at the top of the higher echelon.
The power that accompanied his new found status was the envy of many...

Wynetta, his wife, made a deal as well...

Gruesome and horrifying; ghastly; horrible, pertaining to, dealing with, or
representing death, especially its grimmer or uglier aspect. Of or suggestive of the allegorical dance of death; gruesome; ghastly; grim. Resembling or associated with the danse macabre from Old French danse macabre dance of death, probably from macabé relating to the Maccabees, who were associated with death because of the doctrines and prayers for the dead?
ISBN-13: 978-1468003406
ISBN-10: 1468003402
BISAC: Fiction / Occult
Title ID: 3735573
BISAC: Fiction / Occult
BookCrossing-583-10375763

“The Spirit of The Soul and The Death of Morals”: Whence comest thou?

"My family can always tell when I'm well into a novel because the meals get very crummy."