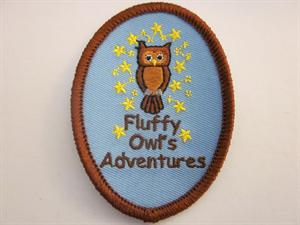 His Monkey Wife: Or, Married to a Chimp

A Most Wanted Man

The Death of Vishnu

A Way in the World

I'm a postdoctoral researcher at a leading UK University and also qualified to teach English as a foreign language; I was inspired by my gap year during which I spent six and a half months in South Africa, an experience I absolutely adored. I was teaching at a school which had a library with an eclectic range of books, so I read a lot of the 'classics' as well as some African literature which I thoroughly enjoyed. A few years ago I spent four months travelling around Central and South America, so my choice of books was limited to what I could find in book exchanges: sometimes I found some great books, sometimes some not-so-great books, but it definitely widened my reading selection a bit.

My favourite book of all time has to be Vikram Seth's A Suitable Boy, such a fabulous book set in India around the time of Independence. I tend to read a 'classic' followed by a more contemporary book and I usually stick to genres I like, although I do occasionally choose something completely at random and either end up loving it or hating it.

I'm willing to post any of my books marked as 'available', including internationally, if funds allow at the time.

How long will it take me to post a book to/release a book in every country?!

The Little Stranger by Sarah Waters
Princess of the School by Angela Brazil
Carry On, Jeeves by P.G. Wodehouse
Winter of the World by Ken Follett
Notes From an Exhibition by Patrick Gale

World Without End by Ken Follett
*Artemis Fowl and the Time Paradox by Eoin Colfer, absolutely brilliant!
*The 19th Wife by David Ebershoff, very very good.
My Sister's Keeper by Jodi Picoult
*Purple Hibiscus by Chimamanda Ngozi Adichie, absolutely brilliant.
We're Not All Like That by Jeanne Goosen
I Know Why the Caged Bird Sings by Maya Angelou
Girl With a Dragon Tattoo by Steig Larsson
The Cellist of Sarajevo

Maps for Lost Lovers by Nadeem Aslam
A Thousand Splendid Suns by Khaled Hosseini
*Netural Buoyancy by Tim Escott
*Miss Pettigrew Lives For a Day by Winifred Watson
*Eclipse of the Sun by Phil Whitaker
Fried Green Tomatoes at the Whistle Stop Cafe by Fannie Flagg
*An Utterly Impartial History of Britain: or 2000 years of upperclass idiots in charge by John O'Farrel
*Half of a Yellow Sun by Chimamanda Ngozi Achibie

*The Hotel new Hampshire and Until I Find You, both by John Irving
*Oryx and Crake and The Robber Bride, both by Margaret Atwood
*Snow Falling on Cedars by David Guterson
*We Need to Talk About Kevin by Lionel Schriver
*Anna Karenina by Leo Tolstoy

*The Line of Beauty by Alan Hollinghurst
*Cat's Eye, Alias Grace and The Handmaid's Tale all by Margaret Atwood
*The Queen's Fool by Philippa Gregory
*Noughts and Crosses by Malorie Blackman
*Portrait in Sepia by Isabel Allende

*Africa by John Reader
*The Shadow of the Wind by Carlos Ruiz Zafon
*Stones from the River by Ursula Hegi
*The Other Boleyn Girl by Philippa Gregory
*The No.1 Ladies' Detective Agency series by Alexander McCall Smith
*The Artemis Fowl books by Eoin Colfer