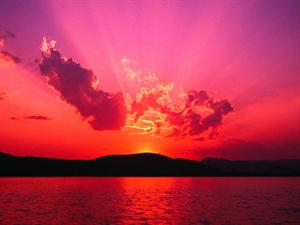 Ladies of the Lake

I Suck at Girls

Not so Snow White

I Gave You My Heart, but You Sold It Online

I love books of all types. I'll read anything from mysteries, biographies, christain, romance, to recipe books, almost anything except horror. My personal favorite is romance. I guess I am a romantic at heart and I can never resist a good love story. :)
I enjoy cooking, so I enjoy looking through cook books in search of new recipes...especially desserts...mmmmmmm.

Wishlist/things I like:
Timtam chocolate cookies (This is an australian cookie that I can't find in the US)
Mauna Loa macadamia nuts (any flavor)
bc labels
address labels
wishlist books
coffee (regular or flavored)
tea (any flavor)
hot chocolates
chocolate
bookmarks

If you see anything on my available list set by me, it is up for trade. I enjoy participating in bookrings, bookboxes, and rabcks.


Bookrings I've joined:
Completed all except I'm still waiting on these:
Bread and Chocolate hosted by voveryte

June
1. Tangle of Need by Nalini Singh (kindle)
2. American Sniper by Chris Kyle
3. Hidden Away by Maya Banks (kindle)
4. Whispers in the Dark by Maya Banks (kindle)
5. Mistress to the Beast by Eve Vaughn (kindle)
6. Once Burned by Jeaniene Frost (kindle)
7. Reason to Breathe by Rebecca Donovan (kindle)
8. Gio by Elizabeth Reyes (kindle)
9. Dash & Lily's Book of Dares by Rachel Cohnan (kindle)
10. Rock Me by Cherrie Lynn (kindle)
11. Mine to Hold by Shayla Black (kindle)
12. Bared to You: A Crossfire Novel by Sylvia Day (kindle)
13. Easy by Tammara Webber (kindle)

September
1. If I Were a Man, I'd Marry Me by P.S. Wall
2. The Dark Garden by Eden Bradley
3. Taken by Kelli Maine (kindle)
4. Obsidian by Laurann Dahner (kindle)
5. 12 Rounds by Lauren Hammond (kindle)
6. Measuring Up by Nyrae Dawn (kindle)
7. Silence by Ashley Mcniel (kindle)
8. Never Say Never by Kelly Mooney (kindle)
9. Changing the Game by Jaci Burton (kindle)
10. Star-Crossed by Kele Moon (kindle)
11. Nights in Black Leather by Noelle Mack
12. The Mighty Story by Samantha Towle

October
1. Never Seduce a Scot by Maya Banks
2. Reflected in You by Sylvia Day
3. The Perfect Lie by Dinah McCall
4. In Too Deep by Jayne Ann Krentz
5. What I Didn't Say by Keary Taylor (kindle)
6. Losing It by Cora Carmack (kindle)
7. Dark Storm by Christine Feehan
8. Honor Student by Teresa Mummert (kindle)
9. Honor Thy Teacher by Teresa Mummert (kindle)
10. Naked by Raine Miller (kindle)
11. The Mighty Storm by Samantha Towle (kindle)

"Books lie in wake for our readiness."