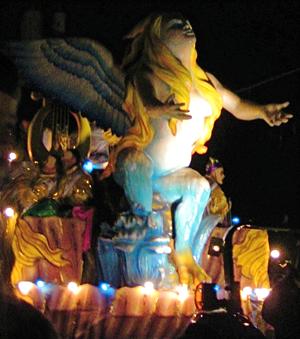 American Shaolin: Flying Kicks, Buddhist Monks, and the Legend of Iron Crotch: An Odyssey in the New China

I Can't Tell You

The Company of Strangers

The Haunting of Hill House

Shelf Life: Romance, Mystery, Drama, and Other Page-Turning Adventures from a Year in a Book store

Confessions of an Ex-Girlfriend

Teachings of the Jewish Mystics

Zebra and Other Stories

I'm not accepting RABCKs at this time since I'm working on destroying the current Mount TBR. (I might be open to trades if you have something I desperately want to read.) Thank you for thinking of me though!

If there is something in my AVLs or TBRs that you'd like, PM me and we can work something out. :)

Currently Reading:
- Time Lord Fairytales by Justin Richards
- Hyperbole and a Half: Unfortunate Situations, Flawed Coping Mechanisms, Mayhem, and Other Things That Happened by Allie Brosh

Books Read in 2016:
1. Mortal Engines (Predator Cities Tetralogy #1) by Philip Reeve (reread)
2. The Long Walk by Stephen King under the pseudonym Richard Bachman
3. Not So Picture Perfect (Between the Veil Book 1) by Amber C. Carlyle

Books Read in 2015:
1. Summer of the Mariposas by Guadalupe Garcia McCall
2. The Haunting of Hill House by Shirley Jackson
3. The Invisible Orientation: An Introduction to Asexuality by Julie Sondra Decker
4. Some of Tim's Stories by S.E. Hinton
5. The Essential Rilke selected and translated by Galway Kinnel and Hannah Liebmann
6. The Island of Doctor Moreau by H.G. Wells
7. The Chrysanthemums and Other Stories by John Steinbeck
8. Anya's Ghost by Vera Brosgol
9. Mary: The Summoning by Hillary Monahan

Books Read in 2014:
1. The Sign of the Four by Sir Arthur Conan Doyle
2. Darkness Visible: A Memoir of Madness by William Styron
3. Doctor Who: The Forgotten (omnibus) by Tony Lee & Pia Guerra
4. Beowulf: A New Telling by Robert Nye
5. The Giver by Lois Lowry
6. Looking for Alaska by John Green
7. Confessions: Fact or Fiction? A Collection of Short Stories and Memoir edited by Herta B. Feely & Marian O'Shea Wernicke
8. Shelf Life: Romance, Mystery, Drama, and Other Page-Turning Adventures from a Year in a Bookstore by Suzanne Strempek Shea
9. Howl's Moving Castle by Diana Wynne Jones

Bookrings/rays/boxes I'm currently participating in:
None at the moment.

Bookrings/rays/boxes I've completed:
The Little Girl Who Was Too Fond of Matches by Gaétan Soucy
Teen/YA Bookbox hosted by OphEliaGirl
The Quantum Thief by Hannu Rajaniemi
I'm Not Sick, Just a Bit Unwell by Yvonne Foong
Freak the Mighty by Rodman Philbrick
Murder in the Dark by Margaret Atwood
Poirot Short Stories by Agatha Christie
Their Eyes Were Watching God by Zora Neale Hurston

"Never read a book through merely because you have begun it."