Harry Potter and the Cursed Child - Parts One and Two: The Official Playscript of the Original West End Production

Confessions of an Ugly Stepsister

One Corpse Too Many: The Cadfael Chronicles II

How to be Good

In 2004-2005 I studied in Taiwan, at the Mandarin Training Center of National Taiwan Normal University, and it was there that I found my first book. That book has been around: four wild releases (of which three in the same place, but still), four wild catches, and if you look at the dates between release and catch you see that it was probably picked up and read a few more times in between. That was my first wild catch.

Went back to Holland in 2005, and wasn't very active on bookcrossing after that, until I came back to Taiwan in 2007 and found myself starved for books every once in a while. I returned to bookcrossing, thinking that perhaps I could exchange some with other bookcrossers in Taiwan, but it turned out there aren't really any, and so I started to trade internationally. I came back to Holland in 2008, moved to Beijing in 2010 and am once again back in Holland now (2013).

Ik lees en laat los in het Nederlands en het Engels, and if I find a nice bookplate in Chinese I'll 閱讀和開放 in Chinese as well. 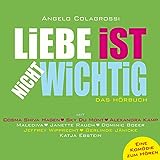 "Even a book can be dangerous in the wrong hands, and when that happens, you blame the hands, but you also read the book."