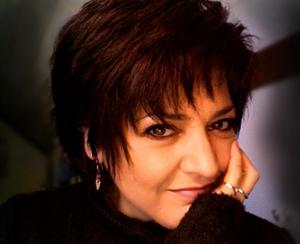 Tales of a Female Nomad: Living at Large in the World

He, She And It

Woman on the Edge of Time

Bury My Heart at Wounded Knee: An Indian History of the American West

One, Two, Buckle My Shoe

The Under Dog and other Stories


I used to be crazy-active on this site, with bookrings and release challenges, buying and registering books like mad. Oy! the time I spent BXing! I still release books from time to time, but I'm mostly inactive here. I'd like to thank BookCrossing for two months of free wings, bringing me back to my profile and making me miss it, you big tease, you.

I'll jump right in and list the book(s) I'm currently reading, though I may or may not update this list. Thanks for stopping by, dear reader. I hope you enjoy your time at BookCrossing. Be well.

December 2011:
Tales of a Female Nomad by Rita Golden Gelman

2008:
Ballistics by Billy Collins
The Lives of a Cell by Lewis Thomas
The Lost: A Search for Six of Six Million by Daniel Mendelsohn
In Defense of Food by Michael Pollan
Dreaming While Awake by Arnold Mindell, PhD
Flow: The Psychology of Optimal Experience by Mihaly Csikszentmihalyi
Catching the Thread by Llewellyn Vaughan-Lee
Touching: The Human Significance of the Skin by Ashley Montagu
The Power of Kabbalah by Yehuda Berg
Everything is Illuminated by Jonathan Safran Foer [Broke my reading fast in February.]
At the end of 2007 and beginning of 2008, I put my books to sleep for a while.

2007:
The Glance by Rumi
The Holographic Universe by Michael Talbot
A Leg to Stand On by Oliver Sacks
The Man Who Mistook His Wife for a Hat by Oliver Sacks
Momma and the Meaning of Life by Irvin Yalom
The Madness of a Seduced Woman by Susan Fromberg Schaeffer
Living Buddha, Living Christ by Thich Nhat Hanh
The Self-Aware Universe by Amit Goswami
Perfect Love, Imperfect Relationships by John Welwood
Anger: Wisdom for Cooling the Flames by Thich Nhat Hanh
New & Selected Poems, Vol. 1 by Mary Oliver
Nine Horses by Billy Collins
Collected Poems by Jane Kenyon
Women Who Run with the Wolves by Clarissa Pinkola Estes

2006:
I Shouldn't Even Be Doing This by Bob Newhart
A New Earth by Eckhart Tolle
The Trouble With Poetry by Billy Collins
Creative Visualization by Shakti Gawain
The Great Failure: My Unexpected Path to Truth by Natalie Goldberg
Embracing Your Inner Critic by Hal & Sidra Stone
The Christian Woman Set Free by Gene Edwards
The Dance of the Dissident Daughter by Sue Monk Kidd
Under the Banner of Heaven by John Krakauer
The Prayer of Jabez by Bruce Wilkinson
The Time Traveler's Wife by Audrey Niffenegger
Falling: The Story of One Marriage by John Taylor
Awakening Intuition by Frances E. Vaughan
*Abortion: The Clash of the Absolutes by Laurence H. Tribe
Queen of the Oddballs by Hillary Carlip
The War of Art by Steven Pressfield
The Courage to Create by Rollo May
Selected Stories by Andre Dubus
On Becoming a Person by Carl Rogers
Ironweed by William Kennedy
*Autobiography of a Face by Lucy Grealy (bookring)

2005:
*The Persian Boy by Mary Renault (bookray)
*Last Chance to See by Douglas Adams, Mark Carwardine (bookring)
*Ireland by Frank Delaney (bookray)
The Age of Innocence by Edith Wharton
Picnic at Hanging Rock by Joan Lindsay
Girl with a Pearl Earring by Tracy Chevalier
The Alchemist by Paulo Coehlo
The Accidental Tourist by Anne Tyler
*Asleep by Banana Yoshimoto
*The Angry Clam by Erik Quisling
All I Really Need to Know I Learned in Kindergarten by Robert Fulghum
Holy Fools by Joanne Harris
*Prisoner, Cell Block H: The Franky Doyle Story by Henry Clement
Sailing Alone Around the Room by Billy Collins
The Tale of Despereaux by Kate DiCamillo
Still Waters by Jennifer Lauck
Blackbird: A Childhood Lost and Found by Jennifer Lauck
Eva Moves the Furniture by Margot Livesey
Telling Secrets by Frederick Buechner
The Giver by Lois Lowry
Now and Then by Frederick Buechner
Five Quarters of the Orange by Joanne Harris
The Sacred Journey by Frederick Buechner
The Faith of a Writer by Joyce Carol Oates
On Stories by C. S. Lewis
On Writing by Stephen King
The Secret Life of Bees by Sue Monk Kidd

"Libraries are the memory of mankind."