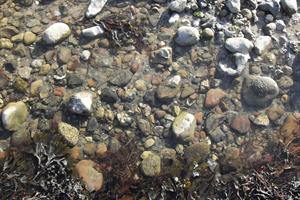 The Book of You

The Girl on the Train

The history of love

Philomena: A Mother, Her Son, and a Fifty-Year Search (Movie Tie-in)

We Are All Completely Beside Ourselves: A Novel

The Vanishing Act of Esme Lennox

The Rosie Project: A Novel

The Violets of March: A Novel

"Read in order to live."

At present, I work as a secretary at the local University but my previous job was teaching English to adults. My best student ever was Marita, who came to me with no previous knowledge of English and left as the best in the class. How she managed that was to spend time reading books while her husband (who is chronically ill) sleeps. She is always on the lookout for English books; PM me for her address if you have any to pass on.

Marita does not own a computer so I took over the journaling and releasing of the books for her. Unfortunately, things all became too much for me and I am eternally grateful that Marita got to know a bookcrosser by the name of Motherof11. They struck up a lively correspondence and have become good friends - they even met recently when Motherof11 was in Germany on vacation! NowMarita tends to pass her books on to Motherof11 rather than me to be journaled and released.

The downside to this little tale is that I have what feels like a million books to pass on. (Some, I have to admit, have been passed on without being duly journaled and registered. If this has happened to a book you passed on to Marita, try not to worry: rest assured that your book has actually been passed on to another good home, or was at least released in the local OBCZ). In the meantime, do feel free to browse my AVLs. I am happy to pass on what I can, and of course if you were to offer me money to cover the postage, I wouldn't refuse. Not that I expect it, you understand!

As for me, I love to read when I have the time. My taste is very eclectic but I do prefer to read in English. At the moment, I am reading black African women's fiction as well as Rohinton Mistry and Robert Bryndza but I have read many more. From Kate Atkinson to Zadie Smith by way of Charles Dickens, Maggie O'Farrell, Dorothy Koomson, Jane Austen, Chris Cleave, Lisa Jewell and many, many others. Unfortunately, I don't have so much time any more and tend to nod off over books as I seem to feel permanently tired.

Nor do I have enough time for my second big hobby, traveling. Well, it's a question of time and money, really. I do what I can and would like to do more. Apart from that, I enjoy good films, laughter, tea, friendship, mints, chocolate (especially with fruit and nuts) and all kinds of writing paraphernalia, from beautiful writing paper and cards to pens.

I really envy the creativity of other book crossers, especially home made gifts, e.g. sewn "trinkets" (such as hearts made of material for hanging on door handles etc. and other decorations for the home), bookmarks and so on. And of course I am always on the lookout for beautiful book labels, in English or German. Wing extensions are always a welcome gift and I love both caramel and marzipan. I also enjoy indulging in a bath!

Don't be shy - a stranger is just a friend you haven't met yet!

Here's a list of the countries "my" books have been passed on to:

Create
visited 31 states (13.7%) your own visited map of The World or Free ipad travel guide

"Life Stories" by Nadine Gordimer
"The Whereabouts of Eneas McNulty" by Sebastian Barry
"Billy" by Pamela Stephenson
"Her Last Tomorrow" by Adam Croft
"Big Little Lies" by Liane Moriarty
"The Last Runaway" by Tracy Chevalier
"Dead Simple" by Peter James
"Gardens of Water" by Alan Drew
"Eve Green" by Susan Fletcher
"Annie Dunne" by Sebastian Barry
"Tideline" by Penny Hancock
"A Registrar's Guide for Detecting Forced Marriages" by Sophie Hardach
"Trust in Me" by Sophie McKenzie
"Whatever you Love" by Louise Doughty
"Daughter" by Jane Shemilt
"We need New Names" by NoViolet Bulawayo
"The Secret Life of Bees" by Sue Monk Kidd
"The Accident" by C. L. Taylor
"The Girl You Lost" by Kathryn Croft
"Remember Mia" by Alexandra Burt
"The Girl in the Ice" by Robert Bryndza
"The Rose Petal Beach" by Dorothy Koomson
"The Missing" by C. L. Taylor
"A Mother's Secret" by Renita D'Silva
"The Girl on the Train" by Paula Hawkins
"One World Anthology - A global anthology of short stories" by Chimamanda Ngozi Adichie i.a.
"While My Eyes Were Closed" by Linda Green
"A Christmas Carol" by Charles Dickens
"The Chimes" by Charles Dickens

"Nobody ever committed suicide while reading a good book, but many have while trying to write one."