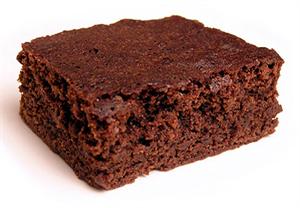 Close to Where the Heart Gives Out

The Child in Time

All He Ever Wanted

A Year in Provence

The Lady and the Unicorn

Bookcrossing is my 'BookClub'. I don't read fast

enough to commit to a real bookclub so instead I

enjoy this virtual one - where I enjoy reading

March
A Year in Provence by Peter Mayle (A, T)
The Ice Cream Girls by Dorothy Koomson (CL)
The Child in Time by Ian McEwan (F)
The Wine of Soltitude by Irene Nemirovsky (F)
All He Ever Wanted by Anita Shreve (F)

April
The Diary of a Bookseller by Shaun Bythell (A)
Namma: A Tibetan Love Story by Kate Karko (T,A)
The Little Princesses by Marion Crawford (A)
Bridget Jones's Diary by Helen Fielding (R)
The Notebook by Nicholas Sparks (R)
19th Christmas by James Patterson & Maxine Paetro (MT)
Tell Me a Secret by Jane Fallon (CL)

May
Faking Friends by Jane Fallon (CL)
Where the Crawdads Sing by Delia Owens (MT)
Dare to Tri by Louise Minchin (A)
One With You by Sylvia Day (R.E)
The Other Passenger by Louise Candlish (PT)

October
Love After Love by Ingrid Persaud (F)
Skint Estate by Cash Carraway (A)
Close to Where the Heart Gives Out by Malcolm Alexander (A)
Quite: Love, Life & Eyeliner by Claudia Winkleman (A)
.
November
December

January
End Game by David Baldacci (MT)
Prime Ministers' Wives & One Husband by Mark Hichens (B, NF)
The Money Diet by Martin Lewis (NF)
The Last Letter from your Lover by Jojo Moyes(F)
According to Yes by Dawn French (CL)

March
Daughter of Empire by Pamela Hicks (A)
The Stolen Marriage by Diane Chamberlain (RN)
Eat Pray Love by Elizabeth Gilbert (A, HW)

November
Lady in Waiting by Anne Glenconner (A)
Queenie by Candice Carty-Williams (CF)
Written on the Body by Jeanette Winterson (F)
Moon Tiger by Penelope Lively (F)
A Bit Of a Stretch: The Diaries of a Prisoner by Chris Atkins (NF)
Fire in the Blood by Irene Nemirovsky (F)


December
Sisterland by Curtis Sittenfeld (F)
How to Survive 50 by Mike Haskins & Clive Whichelow (Humour)
The Life & Loves of a He Devil by Graham Norton (A)
Le Bal (& Snow in Autumn) by Irene Nemirovsky (F, Novellas)

May
Happy by Fearne Cotton (HW)

March
Alone in Berlin by Hans Fallada (HF)
The Boy in the Snow by M. J. McGrath (MT)
1st to Die by James Patterson (MT)
Eggs or Anarchy by William Sitwell (HNF)

December
Why Men Lie & Women Cry by Allan & Barbara Pease (NF)
Let Us be True by Alex Christofi (HRF)
Your Pace or Mine? by Lisa Jackson (NF)
12th of Never by James Patterson & Maxine Paetro (MT)
A Keeper by Graham Norton (PT)


January
Feel: Robbie Williams by Chris Heath (B)
The Girl in the Picture by Denise Chong (B)
Starter for Ten by David Nicholls (F Humour)
Fear in the Cotswolds by Rebecca Tope (Cosy MT)
To Love and be Wise by Josephine Tey (MT)
Emma by Alexander McCall Smith (F)

April
One Hundred Years of Solitude by Gabriel Garcia Marquez (F)
Look Who It Is! by Alan Carr (A)
Don't Stop Me Now by Vassos Alexander(A)
Lady Chatterley's Lover by D.H.Lawrence (RF)
The Rosie Effect by Graeme Simsion (F)
The Island Escape by Kerry Fisher (CL)

May
A Passage to India by E.M. Forster (F)
The Little Paris Bookshop by Nina George (F)
The Information Officer by Mark Mills (MT)
Going Dutch by Katie FForde (CL)
How I caused the Credit Crunch (F)

June
20,000 Leagues Under the Sea by Jules Verne (CH)
A Gathering Storm by Rachel Hore (HR)
Just William by Richmal Crompton (CH)
American Wife by Curtis Sittenfeld (F)
Running like a Girl by Alexandra Heminsley (A)

December
The Story of Doctor Dolittle by Hugh Lofting (CH)
A Christmas Carol by Charles Dickens (Classic G)
My Best Friend's Girl by Dorothy Koomson (CL+)
BOOK FUN
666 for 2016 - An Around the World Reading Challenge
organised by kiwiinengland. Read 25 of 36

March
On the Road by Jack Kerouac A

April
Ruinair by Paul Kildruff T, A,NF (Bookring)
The Murder of King Tut by James Patterson & Martin Dugard Teen MT
Impossible by Danielle Steel CL
How to Talk so Teens will Listen & Listen so Teens will Talk by A Faber & E Mazlish NF

February
Hot Gossip by Deborah Lawrenson CL
Ready or Not? by Chris Manby CL
Isabel's Bed by Elinor Lipman CL
Something for the Weekend by Pauline McLynn CL
The Secret Life of a Slummy Mummy by Fiona Neill CL

May
Where have all the boys gone? by Jenny Colgan CL
Alice's Adventures in Wonderland by Lewis Carroll CH
The First Assistant by Clare Naylor and Mimi Hare CL
The Real Thing by Catherine Alliott CL
Part of the Furniture by Mary Wesley WF

August
Rich by Graham Masterton WF
To the Pole: Five women in search of an Adventure A, T
Ultimate Prizes by Susan Howatch F

December
An Officer and a Spy by Robert Harris HF (R&J Sum 2014 BC)
Interpreter of Maladies by Jhumpa Lahiri SS, F (Pulitzer Prize, 2000)
The Swimmer by Roma Tearne CF

February
Going Home by Harriet Evans
Did the Earth Move? by Carmen Reid

April
Wish You Were Here by Mike Gayle

August
What's a Girl to Do? by Tyne O'Connell
Humble Pie by Gordon Ramsay
The Senator's Wife by Sue Miller
Who's That Girl? by Alexandra Potter
The Return Journey by Maeve Binchy

<Plumcrazy's monthly 'What to Read'
February: CHASMS & KITCHENS: The Liar by Stephen FRY
Digging to America by Anne Tyler

April: FOOL: Look Who It Is! by Alan Carr

July: SUN, SEA, SAND: The SHELL House by Linda Newbery
BLACK Beauty by Anna Sewell
In the Heart of the SEA by Nathaniel Philbrick
WHITE Mughals: Love and Betrayal in 18th-Century India by William Dalrymple

August: FLAG: A Place called Winter by Patrick Gale (Flag Ale!)
The Indian in the Cupboard by Lynne Reid Banks

October: SPIRITS: The Swallow and the Hummingbird by Santa Montefiore

December: FATHER CHRISTMAS: A Christmas Carol by Charles Dickensu>666 for 2017 - An Around the World Reading Challenge
organised by kiwiinengland. Read 14 of 36

"A book lying idle on a shelf is wasted ammunition. Like money, books must be kept in constant circulation. Lend and borrow to the maximum--of both books and money! But especially books, for books represent infinitely more than money."