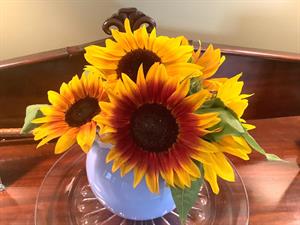 The Immortal Life of Henrietta Lacks

The Weight of Water

'Scuse Me While I Kiss the Sky: Jimi Hendrix: Voodoo Child

The Man Who Hated Walking

Incidents in the Rue Laugier

Vices of My Blood

Time Was Soft There

Making the Moose Out of Life

" Imagine all the people
Reading lots of books....." My original profile photo was taken May 2006 at Strawberry Fields, Central Park, NYC where I released a copy of Larry Kane's "Ticket to Ride", about his travels with The Beatles on their 1st and 2nd junkets to North America. I'm still waiting for that Journal Entry but you never know....(see Rock and Roll book list below)


My favourite books tend to be novels and biographies. My favourite novelists are Anita Shreve, Anita Brookner, Donna Morrissey, John Steinbeck, Nick Hornby and Roddy Doyle (but not all of Doyle's books). I really enjoy Bill Bryson's books and I read a lot of rock/blues/soul etc. biographies. The music reading is a bit of an obsession, but the good news is, I find it's OK to read a novel at the same time as a music book. I could never read two novels at the same time! Music writers I really admire include Charles Shaar Murray, Barney Hoskyns, Paul Myers, John Einarson and Rob Bowman. Paul, John and Rob are from Canada, but write about musicians from all over (i.e. Long John Baldry, Flying Burrito Brothers, Stax Records.) I've met Rob Bowman several times, and he's a very down-to-earth guy. His knowledge of music/music business/history is never-ending!

Within a week, I received my first Journal Entry from HH & we continue to hold book swap/meetups there. In 2011, something serendipitous happened; the widow of the director of the Rare Book Collection at U. of Toronto, (who had no idea what Bookcrossing was) dropped by with a box of her late husband's books - not rare books - but good, old general books like mysteries, novels, cookbooks, travel books, etc. They've all joined the OBCZ bookshelf, (after yours truly registered them), and a number of Journal Entries have resulted. Great to see these books circulating - the karma is strong.