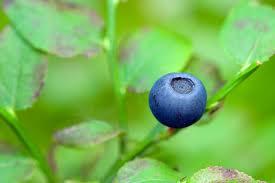 Kafka on the Shore

A Wild Sheep Chase: A Novel

The Secret Agent: A Simple Tale

The End of the Affair

The Personal History of Rachel DuPree

The Way I Found Her

I read in English, Spanish and Finnish. I do not like chick-lit or whodunnits. My wishlist and the bookrings/rays I've participated should be a good indicator of my likes! I love to discover new authors and have already made acquaintance with the likes of Kazuo Ishiguro and Haruki Murakami since joining.

My all time favourites are Margaret Atwood, Mario Vargas Llosa and Hilary Mantel.

Other than books I like continental chocolate, scented candles, ground coffee and liquorice. And my cat loves toys for cats :)

Bookrings and -rays I've participated in:

2017:
The Last Days of New Paris by China Mieville
Acceptance by Jeff Vandermeer
Authority by Jeff Vandermeer
My Antonia by Willa Cather
The Cellist of Sarajevo by Steven Galloway
One Good Turn by Kate Atkinson
Summertime by Vanessa Lafaye

2015:
Silence Once Begun by Jesse Ball
The Testament of Mary by Colm Toibin
The Fahrenheit Twins by Michel Faber
Thy Mystic Masseur by V.S. Naipaul
The Ocean at the End of the Lane by Neil Gaiman
Black Wine by Candas Jane Dorsey
Doctor Sleep by Stephen King

2014:
The Garden of Evening Mists by Tan Twang Eng
Dark Heart of the Night by Léonora Miano
Memory of Water by Emmi Itaranta
Midnight in the Garden of Good and Evil by John Berendt
The Courage Consort by Michael Faber
We Need New Names by NoViolet Bulawayo
The Son by Philipp Meyer
The Tuner of Silences by Mia Couto
The Dinner by Herman Koch
The Collector by John Fowles
Too Much Happiness by Alice Munro
Harvest by Jim Grace
Sweet Tooth by Ian McEwan
Full Dark, No Stars by Stephen King

2013:
Under the Skin by Michel Faber
The Intimacy by Hanif Kureishi
The Beach by Alex Garland
The Marriage Plot by Jeffrey Eugenides
Hard-boiled Wonderland and the End of the World by Haruki Murakami
Cannery Row by John Steinbeck
The Little Girl Who Was Too Fond of Matches by Gaetan Soucy
The Amateur Marriage by Anne Tyler
Gone Girl by Gillian Flynn
The Book Thief by Markus Zusak
Things Fall Apart by Chinua Achebe
The Egyptologist by Arthur Phillips
The Namesake by Jhumpa Lahiri
Woman on the Edge of Time by Marge Piercy
My Dear, I Wanted To Tell You by Louisa Young
The Boy in the Striped Pyjamas by John Boyne

"Books are one of the few things men cherish deeply. And the better the man the more easily will he part with his most cherished possessions."