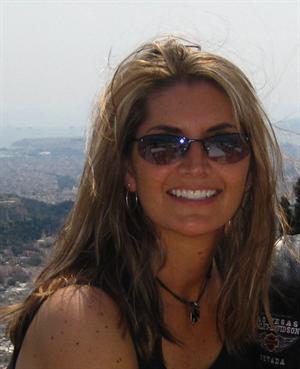 Seven Stones to Stand or Fall

A Dance With Dragons: Part 1 Dreams and Dust (A Song of Ice and Fire, Book 5)

Field Guide to the Birds of North America

A Feast for Crows

A Storm of Swords

The Stars Are Fire

How to Make a Living As a Travel Writer

A Clash of Kings

A Game of Thrones

In the spirit of BookCrossing, if you see any books on my AVL list that you are interested in, please let me know and I will send it to you free or for a trade ... domestic or international!

Or, since PM's don't always work, feel free to send me an email at BethanieKayM@hotmail.com if you'd like


My introduction to Bookcrossing was finding a Wild Release in Inverness, Scotland in 2005
(Released by Swan-Scot):
"Resistance" by Anita Shreve ---> I caught the book, brought it back to the US with me, read it, then re-released it... and it's still in the wild (i.e., someone took it and never journaled it :( ... waa!)

My coolest journal yet!
"The Tuesday Erotica Club" by Lisa Beth Kovetz
I sent this book out as a bookring in 2007. It got lost in the mail, so I pleaded for a replacement copy on the forum.
The author heard about my plight, so she sent me an autographed copy of the book so I could continue my ring!
How cool is that? :)

Bookrings/rays I hosted that are now complete:
"Broken for You" by Stephanie Kallos
"Forever in Blue; The Fourth Summer of the Sisterhood" by Ann Brashares
"Annie Freeman's Fabulous Traveling Funeral" by Kris Radish
"A Place Called Here" by Cecelia Ahern - original book that was stolen and stalled the ring
"A Place Called Here" by Cecelia Ahern - replacement book that finished the ring!
"The Sunday List of Dreams" by Kris Radish
"Fluke – Or, I Know Why the Winged Whale Sings" by Christopher Moore
"Dragonfly in Amber" by Diana Gabaldon
"Voyager" by Diana Gabaldon
"Love, Rosie" by Cecelia Ahern
"Outlander" by Diana Gabaldon
"The Tuesday Erotica Club" by Lisa Beth Kovetz
"The Time Traveler's Wife" by Audrey Niffenegger [ Stalled / Lost / Never Completed :( ]
"The Third Tower Up From the Road" by Kevin Dolgin [ Stalled / Lost / Never Completed :( ]
"Things I Want My Daughters to Know" by Elizabeth Noble
"The Help" by Kathryn Stockett
"The Girl Who Kicked the Hornets' Nest" by Stieg Larsson
"Cake Wrecks: When Professional Cakes Go Hilariously Wrong" by Jen Yates
"The Next Thing on My List" by Jill Smolinski
"Dewey - The Small Town Library Cat Who Touched the World" by Vicki Myron
"Travel as a Political Act" by Rick Steves
"Sing You Home" by Jodi Picoult
"Homer's Odyssey" by Gwen Cooper