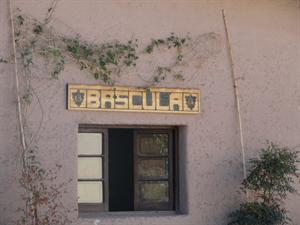 The House of God

The Ministry of Special Cases

That They May Face the Rising Sun

When God Whispers Your Name

An Unquiet Mind: A Memoir of Moods and Madness

Wherever You Go, There You Are

The Wind-Up Bird Chronicle: A Novel

House of Sand and Fog

Note: if you ever end up with a book I have registered, please feel perfectly free to move it on either by wild or controlled releasing. Of course, if you want to keep it, that's ok too.**

Full time employed, wife, and mother of three pretty much grown children, I 'm finding more time to read these days. I haven't been driving to work lately, but when I do I enjoy many of my books in an audio format. I would not dream of being without a book, plus one more for when I'm done that one.

Bookcrossing has opened my eyes and experience to many books I would never otherwise have known about. The community of people here is amazing and generous! I have learned a tremendous amount by being connected with this international group. I frequent the ChitChat group, and touch base with Random Acts of Kindness, Release Challenges, and Book Talk forums here.

I do a lot of wild releases - it pleases me enormously to think of the pleasure a found book might bring to someone. I try to participate in a Release Challenge now and then too, and I sponsor the annual Talk Like a Pirate Day challenge in September.

Wishlist....
- I would love to get a note or postcard from you. PM me for my address.
- I can always use BookCrossing labels and supplies, since I do a lot of wild releasing. - Homemade, self-stick or not - all are welcome. I've got a big roll of clear tape and I'm not afraid to use it!
- Been enjoying messing around with beads lately, making mask lanyards. Toss some my way!
- Yarn is welcome, even small amounts. I like to crochet small things.
- I would love it if you would (hand)write a note or letter to someone, and tell me that you did.
- Send me something you have made yourself.
- A box of books would never go wrong, either, because I like to keep a variety of books around for releasing and sharing (but please keep romances to a minimum).
- Kinds of books I don't like to read: romance, true crime, horror, suspense.

Because of postage costs, I seldom trade or send books. I prefer not to participate in rings or rays, although I will consider rings for audiobooks (on CD), since I get through these books more quickly than paper ones.

**My list of registered or available books does not necessarily reflect my personal reading taste or political leanings; if I see inexpensive copies of interesting fiction or nonfiction, I will buy them for release. **

Books finished in 2021 (most recent at the top)
The Tale Teller by Ann Hillerman
A Single Thread by Tracey Chevalier
All the Devils are Here by Louise Penny
Saving Fish From Drowning by Amy Tan
A Children's Bible by Lydia Millet
The City of Brass by S.A. Chakraborty
The Dutch House by Anne Patchett

Books finished in 2020 (most recent at the top)

Once Upon a River by Diane Setterfield
Shakespeare for Squirrels by Christopher Moore
The Rise and Fall of D.O.D.O. by Neal Stephenson and Nicole Galland
The Pull of the Stars by Emma Donoghue
A Working Theory of Love by Scott Hutchins
Tiny Habits by BJ Fogg, PhD.
A Tale for the Time Being by Ruth Ozeki
A Better Man by Louise Penny
The Historian by Elizabeth Kostova
The Tattooist of Auschwitz by Heather Morris
To the Bright Edge of the World by Eowyn Ivey
The Man with a Load of Mischief by Martha Grimes
Pretty Boy Problems by Michele Grant
Home by Manju Kapur
Before We Were Yours by Lisa Wingate
On the Beach by Nevil Shute
The Snow Child by Eowyn Ivey
Mostly Harmless by Douglas Adams
So Long, and Thanks for All the Fish by Douglas Adams
The Little Bride by Anna Solomon
The Girl Who Saved the King of Sweden by Jonas Jonasson
Eleanor Oliphant is Completely Fine by Gail Honeyman
Ajax Penumbra, 1969 by Robin Sloan
Sourdough or, Lois and Her Adventures in the Underground Market by Robin Sloan
Dreaming in Hindi by Katherine Russell Rich

Books finished in 2018 (most recent at the top)

Books finished in 2017 (most recent at the top)

Don't Get Too Comfortable by David Rakoff
Today Will Be Different (audio) by Maria Semple
The Giver by Lois Lowry
Out of the Dust (audio) by Karen Hesse
The Lonely Polygamist by Brady Udall
Rules of Civility (audio) by Amor Towles
The Tiger's Wife by Tea Obreht
Our Souls at Night by Kent Haruf
Mistress of Spices by Chitra Banerjee Divakaruni
Ordinary Grace by William Kent Krueger
Glass Houses (audio) by Louise Penny
The Night Circus (audio) by Erin Morgenstern
Sister of My Heart by Chitra Banerjee Divakaruni
Cat's Cradle by Kurt Vonnegut
A Dirty Job (audio) by Christopher Moore
Nectar in a Sieve by Kamala Markandaya
Call the Midwife (audio) by Jennifer Worth
My Cousin Rachel by Daphne DuMaurier
Magic Hour (audio) by Kristin Hannah
Villa Incognito by Tom Robbins
Travels With Charley by John Steinbeck*
Eat, Pray, Love (audio) by Elizabeth Gilbert
Unmentionable: the Victorian Lady's Guide to Sex, Marriage, and Manners by Therese Oneill
The Gun Seller (audio) by Hugh Laurie*
How We Are Hungry by Dave Eggers
A Great Reckoning (audio) by Louise Penny
The Fiddler in the Subway by Gene Weingarten
A Reunion of Ghosts (audio) by Judith Claire Mitchell
The Reluctant Fundamentalist by Mohsin Hamid
When Breath Becomes Air by Paul Kalanithi
At the Edge of the Orchard (audio) by Tracy Chevalier
The Mulching of America by Harry Crews
Magic Street by Orson Scott Card

Books finished in 2016 (most recent first)

Quaker Summer by Lisa Samson
Baby Catcher by Peggy Vincent
Still Life (audio) by Louise Penny
The Outside Boy by Jeanine Cummins
The Work of Wolves by Kent Meyers
The Camel Bookmobile by Masha Hamilton
The Secret Lives of Dresses by Erin McKean
Going Bovine by Libba Bray
Pigtopia by Kitty Fitzgerald
Room by Emma Donoghue
Narrow Dog to Indian River by Terry Darlington
The Light Between Oceans by M.L. Stedman
Milk Glass Moon by Adriana Trigiani
Doppler by Erlend Loe
Go Set a Watchman by Harper Lee
Flowers for Algernon by Daniel Keyes
An Invisible Thread by Laura Schroff and Alex Tresniowski
Q&A by Vikas Swarup*
Mothers Who Think edited by Camille Peri and Kate Moses
The Weed that Strings the Hangman's Bag by Alan Bradley
Call the Midwife (audio, finished all but the last disk!) by Jennifer Worth
The Kabul Beauty School by Deborah Rodriguez
The Physick Book of Deliverance Dane by Katherine Howe
My Brilliant Friend (audio) by Elena Ferrara
Legends edited by Robert Silverberg
Somewhere Safe with Somebody Good (audio) by Jan Karon
War Horse by Michael Morpurgo*
The Girl on the Train by Paula Hawkins
Still Life With Bread Crumbs by Anna Quindlen
The Call of the Wild (audio) by Jack London
The Signature of All Things (audio) by Elizabeth Gilbert
First Meetings in Ender's Universe by Orson Scott Card
The White Woman on the Green Bicycle by Monique Roffey

* Books I read solely due to the influence and/or generosity of BookCrossing and/or BookCrossers!