Why Good Girls Don't Get Ahead... But Gutsy Girls Do

The things they carried

Once Upon A Country

There Will Be Stars

Chicken Soup for the Soul 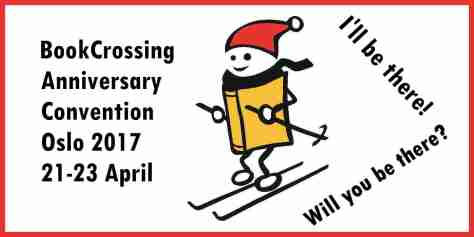 For my NSS partner:
I like:
FOOD- Dark chocolate as candy or drink, tea (but not mint or chamomile), mango, noodles, cookies. I am an adventurous eater.
COLOR-I like pastel colors and earth tones, like pink, lavender, cerulean, teal and peach.
SCENT:jasmine, almond, lavender, ylang ylang. Like scents that are fresh, natural and floral.
GENRES: Asian, travelog, manga, food, microhistory, memoirs, YA, non-genre, a little bit of paranormal stuff for quick reads. Definitely not a fan of romance, chick lit or mystery/thrillers.

I love reading since I was a small child. My mother always brags that I was such a easy girl to care for, just give me some books and I would sit quietly for hours. I would even read dictionary (at least until I was old enough to go to library on my own, as our family was not a book-loving one)!

It's hard to say what type of books I like. I don't like sci-fi in general but Ender's Game and Ender's Shadow are on my top ten list. I seldom touch romances, though once in a blue moon one will touch my heart. I usually hate mysteries but can name some cozy I've enjoyed. In general I read travelogues, memoirs, books about food, Asian lit, paranormal, microhistories, manga/graphic novel (not the superhero type) and young adult fiction.

Besides books, I like tea, beer and wine, dark chocolate, ice cream, and am adventurous in trying different cuisines. (*hate cinnamon, peppermint and licorice) I enjoy traveling as well. My favorite flower is sunflower, favorite colors pink, lavender, teal, cerulean and pastels.

My Wish List
My current wishlist is on BookCrossing. These are my top few for the time being.

The Fake Factor: Why We Love Brands but Buy Fakes - Sarah Mccartney
With the Light: Raising an Autistic Child vol 3 and after - Keiko Tobe

OBCZs in South Florida
While the Miami BookCrossers used to have several OBCZs in Panera, coffee shops and other businesses, currently we don't have any operating right now. However, there are quite a few Little Free Libraries. I love visiting LFLs and here's a list of them in South Florida.
SpecialTEA Lounge, Miami, Florida
Miami Shores Community Center - Unofficial BCZ, Miami Shores, Florida

Moreover, there is a pop up library in Miami called Bookleggers where you can swap books. It pops up at different locations in Miami once a month, and if you are lucky you may find a BC book there!
http://www.bookcrossing.com/hunt/1/10/"Bookleggers Release Zone

If you visit Hong Kong, please visit our release zone there! It is a beautiful shelf inside a restaurant. Great selection of books.
Brunch Club & Supper, Causeway Bay, Hong Kong

BookRings/Bookrays I am in
Join Me
Clever Maids: The Secret History of the Grimm Fairy Tales
The Day They Came to Arrest the Book
Living Islam Out Loud
The Man Who Ate the World in Search of the Perfect Dinner
Paper Lanterns

Some of the Bookrings/rays I Completed

Funny in Farsi : A Memoir of Growing Up Iranian in America
- thanks kristamd
Blessed are the Cheesemakers - thanks scotsbookie
The Olive Season - thanks laura0141
Inkheart - thanks silverstarry
Tall, Dark and Dead - thanks Amberkatze
Daughter of China - thanks dododumpling
The Village Bride of Beverly Hills - thanks Lobodyke
What Will Happen in Harry Potter 7? - thanks LadyKnightNiko
Little Angels : Life as a Novice Monk in Thailand - thanks Dei
Rescued
The Tale of Murasaki
Replay

"Properly, we should read for power. Man reading should be man intensely alive. The book should be a ball of light in one's hand."