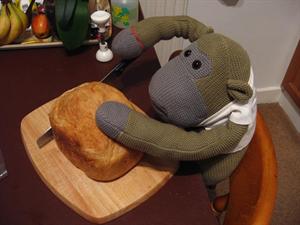 Confessions of a Bookseller

The Mill on the Floss

The Strange Message in the Parchment

The Grasmere and Alfoxden Journals

I'm from North Yorkshire, currently in York, but used to live in Sweden (Karlstad and Linköping) and in Edinburgh. I love Scotland. Mad about Japan. Very interested in Scandinavia. I read books in English and Swedish. Other interests include snailmail, old Hollywood films, travel, languages, history, music, concerts, tea, chocolate, monkeys, dressmaking, taking photos and countless other random things =)

I do put all my books onto bookcrossing, even the ones I'd never want to give away, as I also see this site as a bit of a bookjournal for me. And what I think I want to keep forever today, might not seem so necessary to keep in a couple of years... who knows! I do also have some books on my shelf that have come my way by various routes and I've never read as they're not my taste, and just passed straight on. But looking at the books I have read and the kind of ratings I give, you can get a reasonable idea of my reading tastes, which are quite varied to be honest.

I used to be Opheliaphillips on here, but grew out of that old teenager username a long time ago so have updated to my current monkey identity!

I am on bookmooch where I trade some books and I also use goodreads.

"If we encountered a man of rare intellect, we should ask him what books he read."