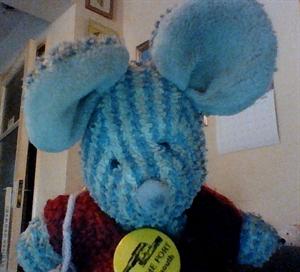 A Spoonful of Sugar

The Further Adventures of Sherlock Holmes: The Whitechapel Horrors

Autobiography of a Geisha

I'm based in the south of England, and I'm up for mailing out trades with people. If it's an international trade and I'm asked for a large book, it'll probably be sent out surface mail though.
I read several genres including thrillers, horror, sci-fi, (auto)biographies and manga

Books read in 2022
1. Extreme: my autobiography by Sharon Osbourne
2. Dissolution by C J Sansom
3. A Spoonful of Sugar by Brenda Ashford
4. Kinsey and Me by Sue Grafton
5. Rules for Perfect Murders by Peter Swanson

Books read in 2021
1. The Five Orange Pips and Other Cases by Arthur Conan Doyle
2. Accused by Mark Gimenez
3. On the eve by Ivan Turgenev
4. No Way Out: Battered Women who Kill by Hilary Kingsley & Geoff Tibballs
5. The Haunted Library: classic ghost stories selected by Tanya Kirk
6. A Monster Calls by Patrick Ness
7. The Art of War by Sun Tsu
8. The Fear by Charlie Higson
9. Bloody Tower: the Diary of Tilly Middleton by Valerie Wilding
10. Rebecca by Daphne du Maurier
11. Forget you had a daughter by Sandra Gregory
12. Let's Play Make-believe (bookshot) by James Patterson
13. Iceberg by Clive Cussler
14. The Bat by Jo Nesbo
15. Lolita by Vladimir Nabokov
16. The Sacrifice by Charlie Higson
17. Crossing Paths by Debbie Robson (bookray)
18. A Hero of our time by Mikhail Lermontov
19. Stone Cold by Robert Swindells
20. The Fallen by Charlie Higson
21. The King of Torts by John Grisham
22. A Moveable Feast by Ernest Hemingway
23. Alice in Wonderland/Through the Looking Glass by Lewis Carroll
24. The Hunted by Charlie Higson
25. On War by Carl von Clausewitz (DNF)
26. Northanger Abbey by Jane Austen
27. NYPD Red 6 by James Patterson
28. The Giant Book of Murder edited by Jonathan Goodman
29. Between the Lines by Jodi Picault and Samantha Van Leer
30. The End by Charlie Higson
31. The Pharoah's Secret by Clive Cussler
32. Survivor by Sharon Osbourne
33. Mistress of the Art of Death by Ariana Franklin
34. Autobiography of a Geisha by Sayo Masuda
35. The Widow by Fiona Barton