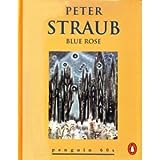 I found this book as I was cleaning out cabinets yesterday. About half-way through, I see that there will be a horrific occurrence. The characters, even the children, are unappealing. I suppose that's refreshing, not all children are appealing. This is set in New York mid 20th Century. Some of the cultural references are foreign to me. I had no idea who Lepke Buchalter was. Here is the reference just in case you, Dear Reader, are like me and do not know much about New York mobsters:

From website selling FBI files on CD Rom on the subject:

Louis Bookhouse, also known as Louis Buchalter or Louis "Lepke" Buchalter was born on February 6, 1897, in New York City. Lepke means "Little Louis" in Yiddish. He became a member of the street gang, Amboy Dukes, based in the Brownsville section of Brooklyn. Buchalter was first arrested September 2, 1915, on a burglary charge. Buchalter along with Jacob "Gurrah" Shapiro ran protection and union rackets in the garment industry on the lower east side of New York. Buchalter was known to be more violent than others in the collection of protection money, quicker to kill someone for not paying up. His criminal success caught the attention of top mob bosses.

Lucky Luciano co-founded a crime cooperative that became known as the National Crime Syndicate, or the "Commission," made up of major crime bosses from across the country and the Five Families of New York. The Syndicate divided and regulated the illicit markets around the nation. Each gang in the Syndicate had its own franchise, such as gambling, drugs, or prostitution. One section of the Syndicate enforced the Syndicate's business and performed murders for hire and was known as "Murder, Incorporated." For decades the FBI denied the existence of such an organization as the "Syndicate." When Bugsy Siegel and Meyer Lansky moved on to the west coast, Luciano put Buchalter in control of Murder, Inc. Luciano gave this authority to Buchalter as a reward for his assistance during the Castellammarese War, in which mob bosses Giuseppe "Joe the Boss" Masseria and Salvatore Maranzano were murdered and Luciano rose to the top of the underworld. Murder, Incorporated also featured the talents of Albert Anastasia. Murder Incorporated operated out of a candy store called Midnight Rose's, in the Brownsville section of Brooklyn. Crime researchers believe that Murder Inc. was responsible for between 400 and 800 murders.

...Aparently Lepke was portrayed in a few movies. I missed them--but the reference gave me a chance to escape from an excruciatingly cruel passage of this story to look this up and fiddle with my journal entry.

at Decatur, Georgia USA on Tuesday, June 21, 2011
This was a very clever, well-paced story. I suppose it's the perfect choice after my recent re-reading of The Great Gatsby. It's another tale of summertime evil in New York with a terrible, tragic birthday mixed in.

at Decatur, Georgia USA on Wednesday, June 22, 2011
This book is now reserved to fulfill a bookcrossing wish for a reader in England.

This book is so tiny it hides. Poor disneyfreak must have wondered where it was. It will go out from the post office today. Sorry for the delay and I hope you will enjoy it.

Journal Entry 5 by disneyfreaksam at Warminster, Wiltshire United Kingdom on Thursday, September 01, 2011
Thank you so much for your kindness. I will read this and pass it on

Journal Entry 6 by disneyfreaksam at Warminster, Wiltshire United Kingdom on Monday, September 05, 2011
What a captivating little story. Really enjoyed it. What a vein of true evil runs through it.

Journal Entry 8 by kizmiaz at Belém , Lisboa (cidade) Portugal on Tuesday, April 10, 2012
Received it yesterday, thank you very much disneyfreaksam.

Wow, what a great story!
I really like the way the author writes his plots and characters and in this short story he really nails everything just right.
Having read Koko by the author I'd already come across a grown up Harry Beaver but the child version is equally upsetting, if not more, what a little weasel he is. The letter that finishes the story gives a good preview of the character as he is presented in Koko, still a little weasel.
Straub displays the Beaver family drama with such a richness of vocabulary and imagery that if you never read this author this might be the book to get you hooked, as you read you barely realize the little monster is growing as a character that you worry about, not always in a good way but still...
A very enjoyable read, should be followed by the novels Koko and Mystery by the author.

I had forgotten to JE this tiny little book, sorry!
I took it with me while camping on vacation and I'm afraid it didn't do much good to the book. I apologise.
As for the story, this isn't exactly the kind of fiction I like, being a bit too disturbing for my taste, but I must say I was hooked to it and couldn't put it away till I finished it.
It really is wonderfully written and one can almost believe to be there up in that attic with the two brothers; but that's also what's so disturbing about it, because then it turns almost naturally to be an horror story or a story of horror, but one keeps reading till the end.
I don't think I will ever be interested in reading any of those grown up Harry Beaver's books, but I'm glad to have read this one.
Thanks a lot kizmiaz! I'll give it back to you soon, right after summer time.

Journal Entry 13 by ShilaYinu at Aveiro, Aveiro Portugal on Wednesday, July 15, 2015
I received it this week, thank you :)

"There is more treasure in books than in all the pirate's loot on Treasure Island . . . and best of all, you can enjoy these riches every day of your life."