by HARRISON, KATHRYN | Literature & Fiction |
ISBN: 1857024079 Global Overview for this book
Registered by tangledthreads of Derby, Derbyshire United Kingdom on 7/26/2003

Journal Entry 1 by tangledthreads from Derby, Derbyshire United Kingdom on Saturday, July 26, 2003
(Published as 'Poison' in the US.) On page 198 of this edition begins a set-piece story/fable about silk-weavers. This was originally published as an extract in a magazine, and is what first drew me to this author. The extract reminded me of the fairy tales of Oscar Wilde, which I also love.

What I love most about this novel is the beautifully written, minute detail, and the vividity of the descriptions, particularly in the story mentioned above, and also the beginning of the novel, telling of Francisca's experiences of the silk farm she has grown up on. The love story between Francisca and the priest is explosive, but by contrast, I found the palace/court scenes less entrancing, the characters less appealing.

I was a little disappointed with the ending, but on the whole this is a historical novel which leaves the majority of its genre counterparts standing.

I will release this book into a bookray at some point in the near-ish future. Please PM me if you are interested, and I will make it sooner rather than later.

A Couple of Books with Similar Themes:
Silk by Alessandro Baricco
The Palace by Lisa St Aubin de Teran

Journal Entry 2 by tangledthreads from Derby, Derbyshire United Kingdom on Wednesday, January 21, 2004
I am starting a bookring to release this book – please send me a Private Message including your screen name and country if you would like to join (please specify if you are NOT willing to ship overseas).

*I will make a list below of members in the order the book will travel (this may be amended later depending on shipping preferences/location etc).

*The current and previous owners of the book will be shown on the list in bold, with the current owner also marked with an arrow (>).

*Please make a journal entry when you receive the book, then read, review and release the book within 1 month of receiving it, to keep the circle turning.

*When you are ready to release the book, send a PM to the next member on the list asking for their postal details.

Forwarded to the first member of this bookring, LeighBCD. Hope you enjoy it!

Journal Entry 4 by LeighBCD on Sunday, February 08, 2004
First stop on the bookring... excellent, thanks so much! This book has moved to top place on the TBR pile - I will journal it again once I have finished.

I enjoyed this book although I found myself skipping over the magical realism sections. Funnily enough, I was the complete opposite to tangledthreads; I found the sections of the novel dealing with Marie Louise much more fascinating that those telling Francisca's story. I had trouble with the character of Francisca, I thought she was much too sophisticated and intelligent for a woman who was brought up as a peasant in 17th century Spain. In contrast, I thought the character of Marie Louise was very convincing.

This is a portrait of Carlos II of Spain taken in 1689 around the time of Marie Louise's death. Assuming that the portrait painter was under pressure to make him look good, there seems little doubt that he was not an attractive man in real life. The whole wet nurse/breast milk thing I found quite repulsive... I believe this part of his characterisation is based on fact - I found references to this on the internet.

I enjoyed this novel and am very glad I joined the bookring. I will send the novel on to the next person as soon as I obtain address details. Thanks tangledthreads!

Journal Entry 7 by pikapolonica on Monday, February 23, 2004
Arrived! I plan to start reading it next weekend, when I will have slightly more time than right now (studies, studies.... :)

Update (3rd March): interesting book. Each of the two women had an amazing and sometimes horrible story. However, I think that the books lacks a connection between the two stories. What did the two women, the daughter of the poor silk weaver and the French queen of Spain, have in common except that they were born on the same day? Their stories do not really cross. Also, after reading the afterword by the author, I was not sure how much of the book was based on historical facts, since she mentions some major discrepancies which she made on purpose to make the story more convincing. But an interesting read nevertheless.

Journal Entry 8 by bookmaniac70 from София / Sofia, Sofiya Bulgaria on Thursday, March 11, 2004
Received today.I don`t have any books from rings pending right now,so I intend to begin with reading.
Thanks,picapolonica,for sending it my way!

Journal Entry 10 by bookmaniac70 from София / Sofia, Sofiya Bulgaria on Wednesday, March 24, 2004
Just a quick entry to inform those waiting for the book that I`m reading it; in fact,I read more than the half of it so far. Good book,and just of the sort I like- historical novel.I like the "voice" of the narrating girl and worry for her.I hope I shall be ready in a week. Shall journal again.

Journal Entry 11 by bookmaniac70 from София / Sofia, Sofiya Bulgaria on Friday, March 26, 2004
Finished it this evening.A good and sad story about passion,love,lack of love,rivalry. I would have enjoyed it even more if there were less tragedy...but nevermind,I liked it. I agree,however,with *picapolonica*,that it was not clear what did both women have in common.
I liked the beginning and the whole business with silk worms.Somehow,I wished this thread were kept a bit longer in the plot.
Also,I didn`t understand if Francisca had any gift beyond the normal.What,at the end,was so exceptional in her- that she dreamed,fantasised much? Could she foresee things? This didn`t become clear to me.

I liked the beautiful descriptions of Maria`s dreams and the picture of the orange trees.In general,the book was good and I enjoyed reading it.I already PM-ed the next one from the list.

Journal Entry 12 by bookmaniac70 from София / Sofia, Sofiya Bulgaria on Saturday, April 03, 2004
Mailed to next reader.

Journal Entry 14 by vicki9170 from St. Petersburg, Florida USA on Wednesday, August 04, 2004
started this book this morning should be finished on thursday/friday the latest and will mail out on friday, PM'ing caligula for her mailing addy.

Journal Entry 15 by vicki9170 from St. Petersburg, Florida USA on Saturday, August 28, 2004
i really enjoyed this book!! mailed out today to caligula :)

Journal Entry 16 by caligula03 from Hayward, California USA on Wednesday, September 15, 2004
The book has arrived safe and sound. I will read it as soon as I can. :)

Journal Entry 17 by caligula03 from Hayward, California USA on Tuesday, November 16, 2004
I have to agree with with those who found Francisca's story distracting. Her narration seems to offer nothing more than padding. The book would have been a much tighter and compelling tragedy if it only followed the Queen's hardships.

Journal Entry 19 by morpha from Astoria, Oregon USA on Saturday, November 27, 2004
Just arrived today! I should finish it within a few days. Thanks to tangledthreads and caligula03!

Journal Entry 20 by morpha from Astoria, Oregon USA on Friday, December 03, 2004
The simultaneous stories of two women, born on the same day. One is a peasant, the other a Queen, yet both have reasonably happy childhoods until each is removed from the world she knows and is thrust unwillingly into a life of torment.

I did enjoy the story of the silk. As a weaver myself, how could I not?

I agree that the most beautiful part of the book is the description of the orange trees, and of the child that played among them. Unlike all in the ring so far, I do not have a favorite between the two women. I like the contrast of their cultures. Despite the strength of one and the nobility of the other, both are sacrificed; one to the Church and the other to politics.

Not an uplifting story by any means.

Sending on to spaceystacey in Texas.

Journal Entry 21 by spaceystacey from Bridgeton, New Jersey USA on Wednesday, December 15, 2004
received in the mail yesterday. I am in NJ not in Texas. Plan to read after the New Year.

Just after this book's arrival, my husband was diagnosed with stage IV pancreatic cancer. He passed away on April 6, 2005. I will make every attemtpt to get this book read and posting out to the next reader.


11/5/2007 Sorry that I had had this one for so very long. I have less than 100 pages left and will finish soon. It will be posted off the Maryland just as soon as I finish reading and have the mailing address. An absolutely marvelous read. Held my attention throughout. I have to say that I sure am glad to have not lived during this historical timeframe. What sadness both of these young ladies had to endure. Full of wonderfully written passages that just paint the scene so vividly, I thought I too was journeying with the nine glass caskets of flowers.

Hope you all enjoy this read as much as I did.

Journal Entry 23 by symphonicca from Ottawa, Ontario Canada on Friday, May 16, 2008
Just got this bookring in the mail--- i can't remember even when i signed up for it--- there is a postcard in it for an event from 2004---- has been travelling a long time! :) But it is here with me now in South Africa (I think i was living in Canada when i signed up), and is on my TBR pile! Will get to it soon--- thanks for sharing.

Journal Entry 24 by symphonicca from Ottawa, Ontario Canada on Wednesday, June 04, 2008
This was a pretty good book actually, and I don't have much more to add that other readers have not mentioned. There is a lot of historical detail, but the story never gets bogged down in it, and some very interesting story lines are developed. It is truely difficult to write about a history that a lot of people know, and then decide what details to include, what contexts to explore, etc.... I thought she did a great job. The silkworm-to-silk thing was a great bridge between the very different lives of the two women, yet at the same time, the author was able to humanize both of them.

Thanks for sharing tangledthreads. Please PM me your mailing address and i will pop this in the mail soon for its return home!

Left this in the book exchange shelf in the reception area of the Namibia hotel. Lots of german books there--- hopefully this one stands out as one of the few english language ones! 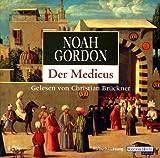 "The First Book: Go ahead, it won't bite. Well... maybe a little. More a nip, like. A tingle. It's pleasurable, really. You see, it keeps on opening. You may fall in. Sure, it's hard to get started; remember learning to use knife and fork? Dig in: you'll never reach bottom. It's not like it's the end of the world -- just the world as you think you know it."