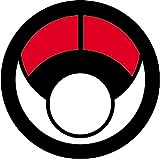 Journal Entry 1 by londonmet from London, Greater London United Kingdom on Saturday, April 24, 2010
I found this in a charity shop, and decided to dip my toe into the world of manga.
Really rather enjoyed this - haunted young Watanuki finds himself working for Yuko, who's some kind of insanely lovely Art Deco Japanese witch running a magic shop. The customers all seem to have secrets, and Yuko resolves their problems in her inimatable ways. There's a real sense of magic and the supernatural being based on people's own personalities and psychology, so there are little moral stories here. And it's often very funny.
I learned that the series goes on for many volumes, so thought I'd stop here.

Freeing up some long-held books this bank holiday. Some to a charity shop, some to be wild-released in Crystal Palace.

"These are not books, lumps of lifeless paper, but minds alive on the shelves. From each of them goes out its own voice...and just as the touch of a button on our set will fill the room with music, so by taking down one of these volumes and opening it, one can call into range the voice of a man far distant in time and space, and hear him speaking to us, mind to mind, heart to heart. "