Journal Entry 1 by kalise from St. Florian bei Linz, Oberösterreich Austria on Sunday, January 17, 2010
A time-travel within a time-travel story! This one is absolutely unique. Though I think I would have preferred it if there had been just one trip into the past because I started to identify too much with the first time travel persona (Lady de Grey) so that it was difficult to switch over to the heroine suddenly being Callie in Edwardian times. But, overall, I quite enjoyed the read, simply because it was so different.

Passing this book on to maccanena

Journal Entry 3 by maccanena at Woking, Surrey United Kingdom on Wednesday, February 22, 2012
Got in a romance box from fellow bookcrosser. This one I read :) A bit too much time travel for me, I enjoyed some periods better than others. Will release soon.

Dropped along some other romance novels. 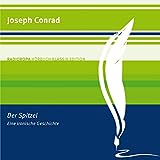