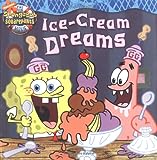 To be released at this month's BC meetup.

Journal Entry 3 by melbsqueen from Melbourne CBD, Victoria Australia on Monday, September 21, 2009
Took this from a bookcrossing meeting at Bellisimos and have a friend with a daughter who i thought would really appreciate the book! So have passed it onto them!

"Read in order to live."