from Winnipeg, Manitoba Canada on Sunday, May 03, 2009
The Children's Hospital Foundation had their annual book sale this past week. Not needing any books to add to my TBR list I stayed away but then yesterday I had to go to St. Vital Mall for another reason and I had to check at least a few tables. The first table I came to was Canadiana and I never got any further. I found 11 books and paid only $10 so it wasn't an expensive indulgence. This was one of the books.

This is the description on the back cover:
When Hector Mackilwraith, a staid schoolteacher, decided to seek a role in the Salterton Little theatre production of The Tempest, he chose a rocky road. Robertson Davies takes full advantage of the humour inherent in such a situation to produce a truly funny book.

at Winnipeg, Manitoba Canada on Thursday, June 28, 2012
Robertson Davies is one of my favourite Canadian writers. And this book exemplifies why.
It is erudite without being snobbish, humourous without being slapstick and filled with interesting characters.

The Salterton Little Theatre has decided to put on The Tempest and it will be done out-of-doors, or a Pastoral as Nellie Forrester, doyenne of the Little Theatre likes to call it. The grounds of St. Agnes, home of the Websters, having been decided to be the best place to hold the play it was secured by offering a place in the play to Griselda Webester. Griselda then prevailed upon her father to allow the grounds to be used even though he generally disliked having people in the gardens. The book opens with Fredegonde (Freddy) Webster, little sister to Griselda, discussing this objectionable state of affairs with the gardener, Tom Gwalchmai in the Shed.

Although the entire cast appears in the pages of Tempest-Tost the main character is Hector Mackilwraith. Hector is a forty-year-old mathematics teacher and a bachelor who lives in a room in the YMCA. He is the treasurer of the Salterton Little Theatre but has decided that he wants to seek a role in The Tempest. He has never acted before and hardly reads any literature. Nevertheless he reads through a copy of The Tempest and determines that he should be Gonzalo, the wise old counselor. With a little bit of coercion he secures the role of Gonzalo. Griselda, who is to be Ariel, says a kind word to him after the casting evening and that is all it takes for Hector to fall in love with her. Of course Griselda has other suitors for her hand (and other parts of her body). Roger Tasset, Ferdinand in the play, considers that she is worth pursuing to add to the other conquests he has made. Solly Bridgewater, the director's assistant, has grown up with Griselda but has just started to notice her and fall in love with her. Thus we have the setting for a fine competition with Griselda as the prize. Truth be told, Hector really has no chance but maybe just to have made the effort is worth it.

Davies knew the theatre and especially Shakespeare well. His thesis for his BLit from Oxford was on Shakespeare's Boy Actors and after he graduated he acted in small companies in England. In 1940 he was with the Old Vic Repertory Theatre in London. Back in Canada, in addition to writing for various publications he wrote a play, Eros at Breakfast, that won the Dominion Drama Festival award for best new play in 1948. He was also instrumental in starting up the Stratford Shakespearean Festival. All this experience shows when he is writing about the staging of The Tempest and the progress of the rehearsals. I was involved with an amateur theatre company for a number of years and I recognize many of the types and situations. (I only acted once myself; although not as awful as Hector that convinced me to leave the acting to others.)

Tempest-Tost is the first book in the Salterton trilogy. I read the second book, The Leaven of Malice, long ago but I think I may read it again and then read A Mixture of Frailities. It's always good to have more Robertson Davies to read.

at Credit Union in Onanole, Manitoba Canada on Monday, July 02, 2012 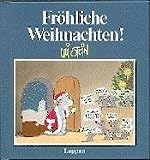