by Hartley Goodweather | Literature & Fiction | This book has not been rated.
ISBN: 0002005107 Global Overview for this book
Registered by Pooker3 of Winnipeg, Manitoba Canada on 2/26/2009

Journal Entry 1 by Pooker3 from Winnipeg, Manitoba Canada on Thursday, February 26, 2009
Oh what a fab find at the Millennium Library's used book table. Hard Cover - 1st edition. According to the cover blurbs, Hartley GoodWeather is the pseudonym for "a well-known Canadian writer who plans to make Thumps DreadfulWater the recurring hero of this entertaining new detective series". Now, I'm not usually a fan of detective stories but this one does seem like a it'll be a hoot.

I remember loving the characters from King's Green Grass, Running Water. Oops, I forgot to tell you that Hartley GoodWeather is in fact Thomas King. I would not, however, have gleaned that from the writing style. I had to Google to find out. Mind you, it's been a while since I've read any of King's more serious work, but I seem to remember it being more complex than what I've just read. But, the characters. I should have known from the characters.

You can't help but love poor old Thumps. He's an ex-cop who's suffered a tragedy. He wants to put all that behind him and so he comes to this native community and turns to photography to make a living. He's got a love interest on the side, whom he seems to fear but is eager to please (somewhat like Rumpole's She Who Must be Obeyed) and a cat (Freeway) at home, with whom he is most comfortable talking. And of course, when mystery comes to town he can't help himself but get involved, get in the way of the real authorities and ultimately solve the crime. There is a host of supporting characters including the local cops who you know are going to mess up the investigation, the city slicker "bad" business folks, the local "good" business folks, the just plain local folks who know more than they're telling and the prime suspect who just happens to be the love interest's son, who you (like Thumps) know couldn't have done it.

All in all a fun read. I'll be setting this one free for someone else to enjoy on Canada Day. In the meantime this is my 20th book by a male Canadian author read for John Mutford's 2nd Canadian Book Challenge, Eh?

at the East Door.

I've released this book as part of the Canada Day release challenge in celebration of Canadian literature. I hope the finder enjoys it. Happy Canada Day! 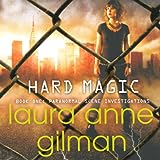 "Substitute damn every time you're inclined to write very; your editor will delete it and the writing will be just as it should be."