by Chinua Achebe | Literature & Fiction | This book has not been rated.
ISBN: 0435900161 Global Overview for this book
Registered by futurecat of Christchurch, Canterbury New Zealand on 12/13/2008

Journal Entry 2 by futurecat at Antiga Boatsheds in Christchurch, Canterbury New Zealand on Saturday, May 30, 2009

On a seat beside the boatshed.

at Christchurch, Canterbury New Zealand on Monday, November 28, 2011
I found this book about 1 June 2009, on a seat by the river, outside the Boatshed Cafe. This was near the block of flats where I was living at the time. Fortunately for me, I had moved on a few months before the earthquakes began. Sadly for the owners and people for whom it was their home (and mine intermittently over 30 years) the building has now been knocked down. Sorry it has taken me so long to acknowledge finding this book, which I still have. I knew nothing about it nor the author. Researching him at the Central Library, I discovered he had won two awards for this book, from New Satesmen, and the Jock Campbell Award. He was born in Nigeria, about 1930. On the front cover of his first book, "Things Fall Apart", Nelson Mandela is quoted, "The writer in whose company the prison walls fell down." Prisons take different forms.

at Christchurch, Canterbury New Zealand on Saturday, December 17, 2011
Released Thursday, 15 December, 2011, at Akaroa, Banks Peninsula, New Zealand. Left on a seat outside the Visitors Centre, about 3 p.m.. I hope the person who finds it, enjoys reading it, whether locally, over the Christmas holiday period, or maybe as they take this book travelling! Have a safe and happy Christmas and new year, and thanks futurecat for originally releasing this book, which led me to the website and idea of BookCrossing. 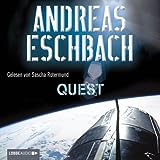 "That is a good book which is opened with expectation and closed in profit."