Journal Entry 1 by nvlachop on Wednesday, August 20, 2008
On Basilisk Station (or "HH1" as it's known to the faithful) is the first installment in David Weber's cult hit Honor Harrington series, which has charmed the socks off schoolgirls and sailors alike. Honor--the heroine of this fast-paced, addictive space opera--is a polished, plucky bulldog of a naval officer, part Horatio Hornblower, part Miles Vorkosigan, part Captain Janeway, and with a razor-clawed telepathic cat thrown over her shoulder for good measure.

The series' kickoff puts a giddy Commander Harrington at the helm of her first serious starship, the HMS Fearless. But her excitement quickly fades--political maneuvering by top brass in the Manticoran navy has left her light cruiser outfitted with a half-baked experimental weapons system. Against all odds (just the way Honor likes it), she still manages a clever coup in tactical war games, a feat that earns her accolades--and enemies. The politicians she's offended banish her to a galactic backwater, Basilisk Station. But that outpost soon proves to be a powder keg, and it's up to Harrington and the Fearless crew to thwart the aggressive plans of the Haven Republic. A perfect mix of military SF and high adventure--if you enjoy your tour, re-up with HH2, 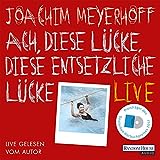 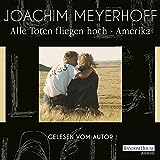 "A special feature of the structure of our book is the monstrous but perfectly organic part that eavesdropping plays in it."