Olivia Joules and the Overactive Imagination

Journal Entry 1 by klaradyn from Praha, Praha Czech Republic on Sunday, December 30, 2007
Will read and release.

Journal Entry 2 by klaradyn from Praha, Praha Czech Republic on Monday, January 07, 2008
From amazon.co.uk: "From the white heat of Miami to the implants of LA, the glittering waters of the Caribbean to the deserts of Arabia, Olivia Joules pits herself against the forces of terror armed only with a hatpin, razor sharp wits and a very special underwired bra. How could a girl not be drawn to the alluring, powerful Pierre Ferramo, with his hooded eyes, impeccable taste, unimaginable wealth, exotic homes across the globe and a rather dubious French accent? But is it possible that Ferramo is actually a major terrorist, bent on the western world's destruction. Or, is it all just a product of Olivia Joules's overactive imagination?"

I love the Bridget Jones books, but this one was a bit silly and disappointing.

Journal Entry 5 by sharonakeith from Dublin, Co. Dublin Ireland on Saturday, March 01, 2008
Helen Fielding tells another light fluffy tale that makes you laugh. Not at thew level of Bridget Jones' Diary and doesn't require much effort - but a light aeroplane read kind of a book. I plan to release the book in Dublin. 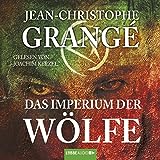