Journal Entry 1 by bassoony from Saratoga Springs, Utah USA on Tuesday, February 25, 2003
This book completely eludes me. At the same time, there are moments that astound me. The entire novel hinges on the author having been diagnosed with lung cancer, and being given weeks to live. In a second visit, the cancer is gone. He takes this reprieve as a grand opportunity to go on a quest for his soul. The book is a series of stories about what he encounters on his journeys through China. There are moments that are incredibly human, and others that are like zen koen, and still others that are like Walden, by Thoreau. There are chapters that depress me, and chapters that enlighten me. There are references to Chinese history, mythology, and culture. While I've studied some of this, I am not Chinese, and this novel is so completely Chinese.
I got more than halfway through it, and I hit one of those depressing parts. Someone asked for it, and I offered it pending my finishing of it. So I picked it up, and got past the depressing part, reread some of the naturalist sections, and decided this book needs some seriously attentive reading. I can see why the novel recieved the Nobel Prize for literature. But in some sections, that alone has redeemed this book for me.
New York Times has to say,"Remarkable not only for its magical tales, folkloric roots, and eroticism but also for its patchwork of narrative styles, from poems and monologues to ballads and conversations...lyrical."
It's almost journalistic, and almost stream of consciousness, definitely an epic of the human soul.

Journal Entry 2 by Mou from Sydney, New South Wales Australia on Friday, April 04, 2003
Am in the 6th chapter & still trying to figure out why each alternate chapter is written in the 2nd person, & the other chapters in the 1st person. Are there 2 characters? Or is it just the one? I can imagine what this part of China is like. It is fun when i can read the Chinese sounds phoenetically written in English & understand what it means. So far this guy has decided to stop at a village because he's interested in a place that reminds him of his childhood home.

Journal Entry 3 by Mou from Sydney, New South Wales Australia on Sunday, April 13, 2003
At first i didn't know what was going on, in fact i still dont... but if you just read it without understanding what's going on, it's okay too. I mean it's filled with snippets of stories that i can't quite piece together. I'm amazed at how good the translation is, & also the words spelt 'right', not with American spelling. Then i found out that the translator is Australian & is a professor at my university. I'm fascinated with this girl that the guy picks up from the streets. He just likes how she looks, so he asks her to go with him for a drink, & they end up going to Lingshan together. Their interaction is funny. Both strange funny & haha funny. She has a past history of bad boyfriends & he's got a thing for telling stories. He makes up all kinds of stories about the people who live in the village. Then there's this other guy, the one who speaks in the first person, whose story is on every alternate chapter. He gets lost in a forest when it's foggy & he can't get out. He's with a bunch of people who tag Pandas. Then he worries about getting bitten by a Qichun snake which will kill you, except for the one person who was bitten & chopped off his own hand. This book is a strange mix of seemingly random events but i dont mind. What i do mind though is the very last chapter, which is very new agey. I guess this is kind of a new agey - go discover yourself sort of book. So i confess, i wont be finishing this book, & will just wait to see what else is written about it. It's not a bad book, but i just wont finish it because i dont like the last chapter, is that reason enough?. I can sort of see why he got the Nobel Prize, the author i mean, but then on the other hand, i wouldn't have given it to him. Also Bassoony was right, it's a very Chinese book, referring to certain cultural things. I want to go to those mountains which engulf you. It sounds like a lovely & scary place.

Journal Entry 4 by JDT from Pleasanton, California USA on Thursday, May 01, 2003
Just received this book today, thanks to Mou!
From the cover description, intro, and journal entries - this seems like a challenging and intriguing read.

Journal Entry 5 by JDT from Pleasanton, California USA on Saturday, May 17, 2003
Yes - challenging and intriguing style and pace.
Decided to just go with it - w/o trying to figure it all out.
pages of stream-of-consciousness/no paragraphing, snatches of poetry/songs, stories, conversations.
Beautifully described scenes of nature juxtaposed with earthy/erotic scenes.
Intimate/down-to-earth man/woman conversations/misunderstandings with lofty searching for meaning/universals.
The actual journey up and down mountains searching for cities/childhood memories - like a metaphor for an inner journey.
At times, too detailed, too self-involved - at moments the ring of universal experience.
Compelling - even when I was skimming to get through sections...
A thought-provoking, memorable read - thanks to bassoony and Mou before me.
Sending on to cafemundo.

Journal Entry 6 by Cafemundo from Wilton, Maine USA on Wednesday, May 28, 2003
Received this today...I will journal again when I've read it.

Journal Entry 7 by Cafemundo from Wilton, Maine USA on Saturday, June 14, 2003
Thank you bassoony for sharing this astonishing book with all of us. I was captivated from beginning to end. To me, it read like a long narrative poem filled with so much existentialism. There are so many fables, stories, descriptions of beauty in nature, and history that are all complicatedly linked. Many of the reviews called this book "lyrical". It is not an ordinary novel. It's one that makes you think about human nuture.
"My predicament lies in my always seeking to be self-activated and wanting to search for my soul. However, the problem is if my soul manifested itself, would I be able to comprehend it? And even if I were able to comprehend it, What would it lead to?" (p.202)

Thanks JDT! Sending to Winghead next week-
Enjoy!

Journal Entry 8 by Winghead from Great Falls, Montana USA on Sunday, July 13, 2003
In “Soul Mountain” Gao Xingjian attempted to write the universal novel. The result of his efforts is reminiscent of an experience David Allen Coe relates after he critiqued a song written by his friend Steve Goodman. Coe observed, …[Steve] told me it was the perfect country and western song. I wrote back that it was not the perfect country and western song because he had not said anything at all about: Mama, trains, trucks, prison, or getting drunk. He sat down and wrote another verse to the song and he sent it to me. After reading it, I realized that my friend had written the perfect country and western song. The last verse goes like this: Well, I was drunk the day my mom got out of prison/and I went to pick her up in the rain./But, before I could get to the station in my pickup truck/ he got runned over by a dammed old train. Instead of including Mama etc., Gao splashes in every plot conflict one can imagine throughout the novel. There is: Man/man, man/woman, man/nature, man/himself, and man/society as a result the novel reads like CV, or--at best--a resume. “Soul Mountain” garnered a Nobel prize for literature, but in comparing this novel to those of his contemporaries one can only conclude that the committee decided to award the prize to a token Chinese dissident. His career path is as contrived as his novel. Like the Russian ex-patriot, Ayn Rand, Gao Xingjian exploited the communist system and then rebelled against it to further his own career. Unlike Rand, Gao chose his adopted country, France, carefully. Rand first sought exile in England; however, when British publishers rejected her manuscripts and the Americans did not—American became her political haven. Gao realized that in the U.S. a Chinese novelist would have his work cut out for him given the depth of our current crop of prolific successful Asian authors. He could not emigrate to a Spanish speaking country since many of his plays and much of his stylistic devices employ the magic realistic qualities that Fuentes, Allende, Garcia-Marquez and other Latin American authors developed and develop in their novels. Voila! France!. In spite of his obvious mechanical approach to “Soul Mountain, chapter 81—the final chapter—is well worth wading through the novel. In that chapter he, in a Zen/Existential statement, concludes that the more one knows the less one knows.

Journal Entry 10 by rhythmbiscuit from Northglenn, Colorado USA on Wednesday, August 06, 2003
Thanks, winghead! I received the book today.

Journal Entry 11 by rhythmbiscuit from Northglenn, Colorado USA on Sunday, August 24, 2003
I read enough of the introduction to understand that "I" and "you" are two halves of the same protagonist. I thought that was weird, but after I read that, I didn't mind the alternating point-of-view from chapter to chapter. Like most of you, I just read the book without worrying about if it made sense. However, I found it to be slow reading, and difficult at times. I started to really hate the female character(s), so I began to skip the chapters with "she" in them. About halfway through the book, I realized I cared much more about what the "I" protagonist was doing. I found his voice to be more compelling.

I still haven't read the last few chapters. I'll have to let you know how I feel about the final chapter, since a couple of you have made special note of it.

I will mail this out as soon as bassoony lets me know who is next on the bookring list and I PM that person for his or her address.

I mailed this book back to bassoony.

I did like the last chapter. I like the idea of true wisdom being knowing that you know nothing. It's a very ancient Chinese thought. It was intriguing for me to read this book while living in China. There were a lot of parts I didn't understand; the nuances of Chinese literature can be vague for someone not familiar with them. However, I feel I learned something about Chinese culture in the seemingly random snippets Gao offered. My favorite parts, perhaps, were the fables.

Journal Entry 13 by bassoony from Saratoga Springs, Utah USA on Tuesday, October 21, 2003
Thank you all for participating in this bookring. I appreciate the insightful comments in the journal entries. I'm planning on re-reading this one in the future, so I'll keep it on the TBR pile for a while. 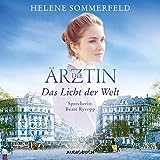 "You're never too old, too wacky, too wild
to pick up a book and read to a child."