Lucasfilm's Alien Chronicles: The Golden One

Journal Entry 1 by carlissa from Gainesville, Florida USA on Friday, July 20, 2007
From the Publisher

Here is an epic set in a far distant universe--a tale of faraway planets and of races strange and more fantastic than any ever seen on our world. Yet their struggles are universal: for justice, for freedom, for peace. This is a sweeping adventure that will transport you to another time, and another place where a legend is about to be born. Fully dramatized with sound effects and original music, this is the first in a three-part epic from the creators of "Star Wars" . 2 cassettes.
------

I have another copy of this, so I put this one in my audio bookbox.

from Burke, Virginia USA on Saturday, September 29, 2007
Got this from the audio bookbox. I'm curious and this looks fascinating. I trust Lucasfilm and I've never heard of this series but the description sounds good. I look forward to giving it a try! Thanks!

from Burke, Virginia USA on Saturday, July 19, 2008
Before the Great Emancipation, in a world rules by darkness, a hero rose up....

A New Saga. A New Universe. A New Destiny. A legend is about to be born... History will name her Ampris the Exile, Leader of the Great Emancipation, Conqueror of the Viis.

I wasn't sure what to make of this at first. Without visuals, it was sort of tough to figure out exactly what each of the races were supposed to look like (apart from birds, cats, and dogs). Okay, so there's a small thumbnail picture of Ampris on the back, but otherwise I wanted visuals which I'm used to from Lucasfilm. Also, I would very much have liked the story to go on! Okay, so I know it's only part 1 and it had to end somewhere, but I really wanted more!

The characters were very shallow caricatures and it felt like a very typical/retold kind of story. But I still enjoyed it. The music would have been better if my tape player weren't dying. But I loved the dramatization and sound effects. And I marveled at how the characters could get into such incredible trouble so quickly... and then get into even WORSE trouble later!

I especially liked... er... L.Robin/Lrobin/Elrobin. He was a scrappy, fun character to get to know. Although one wonders if he didn't narrate his thoughts all the time for the listener if he might have avoided being caught as often! The nickname "Stupid" kinda fits all right in that regard. I was looking forward to finding out how Ampris up in the Imperial Palace and Elrobin of the downtrodden masses were going to have their paths intersect and now I feel compelled to track down the other volumes so I can find out what happens next. Though I have a feeling it's going to come to a pretty typical resolution in the end.

Still, this definitely made for an enjoyable 3 hours on the road. So thanks!

from Burke, Virginia USA on Friday, January 23, 2009
Adding this to my bookbox ray: Earreading Audiobooks on Cassette Bookbox #1

I hope whoever finds it, enjoys it!

Journal Entry 5 by imawinn2 at Neenah, Wisconsin USA on Wednesday, August 11, 2010
I picked this out of KateKintail's Earreading Audio Bookbox. I like Sci/Fi so this should be a fun one to listen to. I got this box of audiobook cassettes from another BCer and have been replacing ones I take out with audiobooks of my own. When I'm finished with it, I will be sending the box out again with many never traveled audio cassettes. :-)

Journal Entry 6 by imawinn2 at Neenah, Wisconsin USA on Thursday, December 30, 2010
Kind of a fun listen. I wasn't sure about it at first and it plays off more like a radio show. But I got into the characters and now I want to find out what happens to the Aaroun (a cat like creature) called Ampris.

Putting this book into hyphen8's Mostly Cassette Audio Bookbox II. Maybe there will be another Sci-Fi junkie out there that will also enjoy this fun tale. Happy journey!

Sorry, just realized I had a stack of books that came home in my audio bookbox that never got journaled: this is one of them.

Shared with another BookCrosser during our TOC lunch at Little Village today. Released for DragonGoddess's Tick Tock challenge.

This book was set free to find a new reader; I'm so glad you've found it!

If you're new to Bookcrossing, I hope you will take some time to explore this wonderful free and anonymous community and learn about what it has to offer.

Please make a journal entry and let the book's previous readers know it's safely in your hands.

at Honolulu, Hawaii USA on Monday, October 15, 2012
..and this came back to me today at another TOC lunch at Little Village (along with a whole bag of unregistered audiobooks). Maybe I should give it a try.. :)

Some info about the series can be found here.

at Honolulu, Hawaii USA on Thursday, February 11, 2016
My cassette player expired and I haven't been able to replace it, so this will probably be looking for a new home soon.

at Blaisdell Center in Honolulu, Hawaii USA on Friday, February 12, 2016

To be released during the Great Aloha Run Expo, February 12-14. We'll see if it gets claimed, or if it comes back home again.

Wild released for Davros-10's 2016 TV Challenge and AlterEgoZoe's Leap into the Wild Challenge.

Won't you please make a journal entry to let the book's previous readers know that it's safely in your hands? How did you find it? What did you think of it? What are you going to do with it next?

(Think of it like Where's George for books...or a little like geocaching - you can follow the book's journey every time someone makes a new entry. Some BookCrossers even leave books *in* geocaches!) 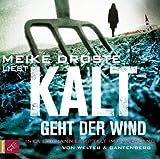