by Christopher Fowler | Mystery & Thrillers |
ISBN: 0553587145 Global Overview for this book
Registered by themarina of Coquitlam, British Columbia Canada on 5/21/2007

8 journalers for this copy...

Journal Entry 1 by themarina from Coquitlam, British Columbia Canada on Monday, May 21, 2007
From Amazon.com:

This mystery features the impending retirement of a Scotland Yard detective and the death of another. When Arthur Bryant is apparently blown up, his erstwhile partner, John May, begins reflecting on their first case together more than 60 years earlier. May, a raw recruit of 19, and Bryant, a 23-year-old detective, became the core of the Peculiar Crimes Unit, created to handle cases that were too important to ignore, yet that somehow seemed disproportionately insignificant in the face of the hundreds of civilians killed each night during the Blitz. Both men had been hurried through training and were suddenly faced with the strange case of the Palace Phantom, a killer victimizing the cast in an elaborate production of Offenbach's Orpheus in the Underworld. May was both intrigued by and dismayed at Bryant's methods and seeming flights of fancy. He used everything from crime-scene forensics to spiritualists to help him build his case. Fowler skillfully shifts the action between 1940 and the 21st century, building suspense and growing awareness as each case comes to its respective climax. Not surprisingly, they are connected. The details of wartime London and the destruction and deprivation of daily life are vividly conveyed. Today's teens will identify with the young lives so drastically affected by the war while following the clues, and red herrings, to a satisfactory conclusion.

Journal Entry 2 by eicuthbertson from Burnaby, British Columbia Canada on Wednesday, May 30, 2007
Picked up at the Burnaby BookCrossing Meetup.
A favourite (and quirky) mystery series!

Journal Entry 3 by eicuthbertson from Burnaby, British Columbia Canada on Tuesday, June 12, 2007
Another police mystery, but with such a difference, concerning the "Peculiar Crimes Unit". Enjoyed this; have read later ones already. This explains much of the relationship between the two main detectives, John May and Arthur Bryant. Lots of London and other history, too. Little is as it seems at first.

Releasing at the Lower Mainland BookCrossing Meetup
Come & join us!

Journal Entry 5 by Strude from Burnaby, British Columbia Canada on Tuesday, June 12, 2007
Picked up at meetup tonight. This sounds good (Ngaio Marsh meets John Creasy?) June 25 - this is a fascinating entry in the mystery genre. I must read the rest of the series, in spite of discovering that Jessie Mathews never performed in No, No, Nanette. (Although she did all sorts of other things resulting in her being deemed unsuitable for presentation to King George and Queen Elizabeth!)My friend is making photocopies of relevant pages in his London atlas. It's pretty wild reading; stuffed cats, hidden wells, poisonous plants, Lithuanian vampire botanists, and the price charged by psychics in 1940 to clear a premise of ectoplasm! There is an hysterical index! And it's well written.

Taking this to meetup. If no one takes it, it'll be on the shelf below the tv.

Journal Entry 7 by elad from North Vancouver, British Columbia Canada on Thursday, July 02, 2009
The relevant story info has been covered in previous entries.

Fowler wove an interesting mystery and it's what kept me going to the end of the story. Unfortunately, his characters didn't click for me, making it just an OK read.

Journal Entry 8 by loveamystery from Vancouver, British Columbia Canada on Wednesday, July 15, 2009
This does look interesting.

Journal Entry 9 by loveamystery from Vancouver, British Columbia Canada on Saturday, August 15, 2009
This is the second book I have read in this series. The mystery was good with lots of red herrings and I liked the characters. It also gave me more insight into what it was like in London during the war years. However, I felt there was too much emphasis on the back stage details which I found confusing, and the book seemed a bit long during the middle part. I liked the second book, and will now look for the third one.

This is reserved for a VBB that I am participating in.

This book is now on its way to Erishkigal. Enjoy!

from Salt Lake City, Utah USA on Wednesday, December 02, 2009
arrived today~~many thanks! and hopefully, being in theater, I'll enjoy those backstage details :)

This is the first I've read by Fowler, and seems a good place to have started, as the two lead characters meet and work together for the first time. I enjoyed the look into Blitz-era London, and I especially enjoyed The Palace full of Victorian stage machinery. This was such fun!

Stage machinery has been around since the Greeks, and I have long been fascinated by Rennaissance developments in perspective onstage, both their scenic painting and machinery. But I'm a tech theater geek, so of course I would be charmed by this aspect of the book.

Curious to see what might be online, I did a quick google, and found a site that might interest others readers ~~ gives you an idea of how some of it looks/works~~

THE DEVELOPMENT OF SCENIC SPECTACLE
http://www1.appstate.edu/orgs/spectacle/index.html

at North Ogden, Utah USA on Wednesday, September 07, 2011
Received today - Thanks! Selected from bookstogive's Mystery/Thriller around the world VBB.

Don't think I will get to this one soon so am moving it along.

at Greensboro, North Carolina USA on Thursday, September 11, 2014
Got this a while back and keep forgetting to journal it! Sorry. Thank you, perryfran, for the tag! 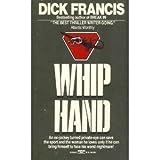