Journal Entry 1 by msjoanna from Columbia, Missouri USA on Wednesday, May 07, 2008
From Publishers Weekly
Violence, in McCarthy's postapocalyptic tour de force, has been visited worldwide in the form of a "long shear of light and then a series of low concussions" that leaves cities and forests burned, birds and fish dead and the earth shrouded in gray clouds of ash. In this landscape, an unnamed man and his young son journey down a road to get to the sea. (The man's wife, who gave birth to the boy after calamity struck, has killed herself.) They carry blankets and scavenged food in a shopping cart, and the man is armed with a revolver loaded with his last two bullets. Beyond the ever-present possibility of starvation lies the threat of roving bands of cannibalistic thugs. The man assures the boy that the two of them are "good guys," but from the way his father treats other stray survivors the boy sees that his father has turned into an amoral survivalist, tenuously attached to the morality of the past by his fierce love for his son. McCarthy establishes himself here as the closest thing in American literature to an Old Testament prophet, trolling the blackest registers of human emotion to create a haunting and grim novel about civilization's slow death after the power goes out.

Journal Entry 2 by msjoanna from Columbia, Missouri USA on Thursday, March 05, 2009
This is one of the most depressing books that I've read. Very little optimism; very little hope for the future -- just bleak post-apocolyptic scenes one after another. Like Saramango's book Blindness, there are no names and very little punctuation used. This serves to both distance the reader and make the experiences described seem somehow beyond personalization. Definitely recommended, but only for those willing to tolerate the unending bleakness.

This is now on its way to booksnbeer from the April YBS. Hope you have a period of optimism in which to read this amazing, dark book.

Journal Entry 4 by BooksnBeer from Annandale, Virginia USA on Tuesday, April 28, 2009
Received this one in today's mail - interesting - but, it does sound like a Wow.

Journal Entry 5 by rebeccaljames at Cincinnati, Ohio USA on Saturday, February 19, 2011
I received this book a while back and I just now got to journaling it. Thank you for sharing! 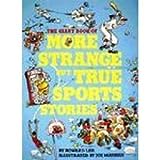 "The role of a writer is not to say what we all can say, but what we are unable to say."