Journal Entry 1 by Yinny from Capelle aan den IJssel, Zuid-Holland Netherlands on Thursday, August 24, 2006
Synopsis
Sir Edwin Rice has decided to divorce Lady Angelica. She has behaved intolerably and is accused of abuse, violence, bestiality and lesbianism. But there is more to Angelica than her husband realizes - she is a wife, a tart, a star, a secretary and a brooding chap called Ajax. She is Everywoman.

Journal Entry 2 by Yinny at Bookbox in Book Box, A Bookbox -- Controlled Releases on Friday, February 23, 2007

Journal Entry 3 by EmEli from Voorschoten, Zuid-Holland Netherlands on Friday, May 25, 2007
I took this book out of the English Bookbox!

Journal Entry 4 by EmEli from Voorschoten, Zuid-Holland Netherlands on Monday, March 02, 2009
I enjoyed the story.

I am taking this book with me to the meeting at Strandpaviljoen Zoomers.

from Tilburg, Noord-Brabant Netherlands on Monday, June 29, 2009
Took this from the meeting to be released in Poland, later on this year...

at Dlugi Targ in Gdańsk, Pomorskie Poland on Monday, December 07, 2009

On one of the pilars of Zielona Brama (Green Gate)

Journal Entry 8 by francis1 on Friday, December 11, 2009
While I was walking to my University I found the book on the main street of Gdańsk. I think that it's a grat idea and I'd love to read this book! 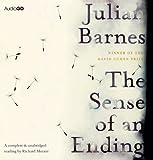