from Nashua, New Hampshire USA on Saturday, June 17, 2006
When I spotted this book at the local Barnes and Noble, its title immediately made me think of the theme for SSM36 - even though this book's John, Paul, and George are very far removed from the ones who sang "I Want To Hold Your Hand"!

This kind of on-a-whim thing doesn't always work out, but in this case the book turned out to be very funny indeed. It's a humorous look at four - no, make that five - of the Founding Fathers when they were schoolboys: John Hancock, Paul Revere, George Washington, Ben Franklin, and Thomas Jefferson (who's not in the title because "he was always off doing his own thing"). Caution: historical accuracy tends to be sacrificed for the sake of a laugh. You can tell it's going to be an irreverent book; on the dustjacket's flyleaf it says "For the pursuit of readers aged 5 to just plain aged." Ahem!

The illustration style is interesting, resembling old woodcuts or folk-art in a way. [The author also wrote such memorable books as The Stinky Cheese Man, but I find that I like his style in this book better than in that one.] Each of the five lads is shown demonstrating a trait for which he would become famous in later life, but which often seems to cause trouble in the classroom: Hancock's immense signature fills the blackboard, for example, causing the teacher to say "John, you have lovely penmanship. John, your confidence is refreshing. But, John, c'mon.... we don't need to read it from space!" [Remember what I said about historical accuracy? Yep.] Washington's trait is the cannot-tell-a-lie bit, of course, with a very cute kicker after his father tells him how wonderful he is for admitting to chopping down the cherry tree. Franklin is a notorious aphorism-spouter; his comeuppance is fitting, though he manages to get the last word. Paul and Tom? I'll leave theirs as an exercise for the reader.

Having gotten the lads through school, the book segues into their more notorious years: "Say, you want a revolution? Well, John, Paul, George, Ben, and Tom sure did. In April of 1775 they got one." In a couple more pages it presents the lads' adult exploits - and then adds another page of true/false items to indicate which elements of the book were fabricated and which were true. [There are some very funny bits on this page too, so don't skip it!]

I thoroughly enjoyed this book - recommended!

As my SSM36 "When I'm 64" release, I left this book propped up against a tree near the animal pens at Parlee Farm at about 3:30. The SSM theme centers on the 64th birthday of Beatle Paul McCartney, and as the suggestions included releasing books with Beatle names in the title or releasing at spots reminiscent of Beatles songs, I figured this book fits right in. [Not only does it get the Beatles theme but as it's about the Founding Fathers there's a Father's Day theme as well - I love twofers!]

Oh, the release location: can't think of any Beatles songs about goats? Not to worry - see those rows of greenery in the background? Any guesses? Those are...

on Sunday, June 25, 2006
I found the book on my street. I plan to place it on the windshield of a car once it stops raining. "John, Paul, George and Ben" was a really cute book and I hope the next finder enjoys it! 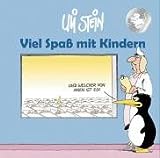