Gave, loaned, whatever.
Gave her some other books too.
Even though I never read it, if I want to, I'll pick up another copy...though I had this one awhile, so I doubt I'll ever read it!

Journal Entry 3 by futurecat from Christchurch, Canterbury New Zealand on Monday, April 28, 2008
Nabbed from Princess1984's bookshelf while I was visiting her. Thanks again for the hospitality and the books!

Journal Entry 4 by futurecat from Christchurch, Canterbury New Zealand on Monday, May 19, 2008
One of the things I like about Kathy Reichs novels is how much you learn when you read them. In this case, all about bears, and bird smuggling, and the endangered species of North Carolina. And what was really cool is that I've been to North Carolina now, so I could recognise some of the places she described (like Myrtle Beach). The slight let-down, though, was the ending: I hate when authors have to resort to the characters having long expository conversations to explain what happened - it always seems kind of forced, and loses the believability of the story.

Actually released at the meetup on 1 June, but beta is doing weird things.

Journal Entry 6 by marcienz from Kimbell, Canterbury New Zealand on Monday, June 02, 2008
Picked up at the Browsers Cafe meetup, thanks for sharing. I'm looking forward to reading this book.

Not sure when I'll be actually releasing it but it will be before 27 December 2008. 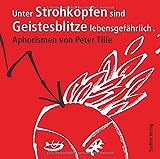