7 journalers for this copy...

A cute, quick read. Released for the m-bag headed to the BC NZ Convention. Enjoy. =^..^=

Editorial Review from Amazon.com
From Publishers Weekly
Detective-journalist Jim Qwilleran and his prescient Siamese cats Koko and Yum Yum (The Cat Who Sang for the Birds, 1997) star in their 21st novel here, and while not quite as spry as ever, they're still the cat's meow. Qwill and his cats move from Pickax, where he's a newspaper columnist, to his beach house in Mooseville, probably on Lake Superior. Qwill rehashes gossip with locals and old friends, and observes Koko's odd behavior, which always forecasts an important event, although Qwill usually interprets the cat's clues retrospectively. Mooseville is abuzz with talk of the upscale restaurant opened by Floridians Owen and Ernestine Bowen, speculation about UFOs (Moose County is a sightings mecca) and puzzlement over the whereabouts of a missing backpacker, whose body Koko quickly uncovers in a sand dune. While fishing with a pal, Qwill sees Owen's boat anchored next to another; Qwill, his twitching mustache alerting him to skullduggery, suspects drug traffic. Shortly thereafter, Owen drowns. The solution to the one mystery that is resolved?that of Owen's death? comes as an anticlimax, while the mystery that's not cleared up?the fate of the backpacker?is chalked up by the locals to alien abduction. A skeptical Qwill grudgingly admits the possibility of aliens, cracking that cats, with their enigmatic behavior, may be aliens. With his 60 whiskers and gifts of perception, Koko is, as always, by far the most intelligent creature in the book. This isn't Braun's best, but her fans will adore it and only spoilsports will accuse her of, well, dogging it.
Copyright 1998 Reed Business Information, Inc.--This text refers to an out of print or unavailable edition of this title.

Journal Entry 2 by Antof9 from Lakewood, Colorado USA on Saturday, October 22, 2005
Caught for the m-bag going to our friends in New Zealand. 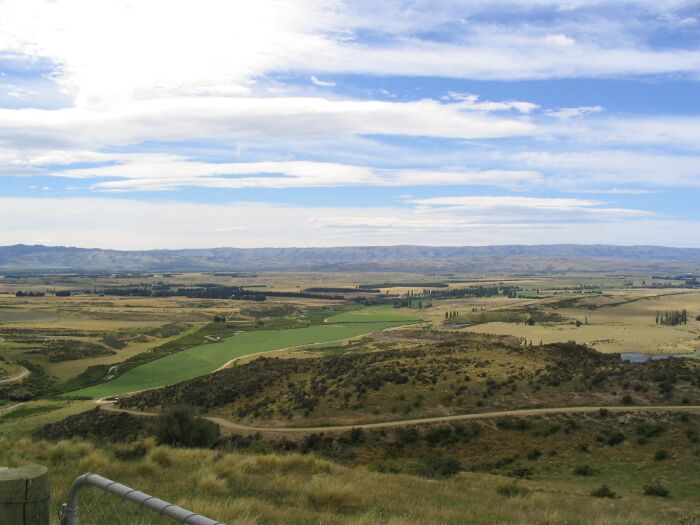 One of the many books that arrived in four m-bags the other day for the NZ bookcrossing convention. Many thanks dvg for sending the book and Antof9 for organising the bags, your contribution to our convention is much appreciated.
These cat books are always popular!

The attached photo shows the Matakanui area in inland Otago.

Picked up from the huge pile of books at the welcome evening of the fabulous Dunedin Convention.

Many thanks, dvg and Antof9, for donating the books, and thanks once again to the convention team for doing such a great job. Have I mentioned I really enjoyed the convention?

There are a few other Christchurch bookcrossers who enjoy the Cat Who books, so I'm sure these will be passed around a lot after I finish reading them!

Journal Entry 5 by futurecat from Christchurch, Canterbury New Zealand on Friday, May 26, 2006
Another fun Cat Who story, perfect for curling up in front of the fire with on a miserable winter's night (I know it's technically not winter for a few more days yet, but it certainly feels like it!). Qwill and the cats try to take a holiday, but as usual end up tangled up in various mysterious goings-on. For once, though, all the mysteries aren't neatly tied up at the end - like what happened to the backpacker who died on the beach?* Are UFOs really visiting Mooseville? And why exactly does Koko have 60 whiskers?

*Maybe I'm being dim, and this was actually explained somewhere in the book, but if it was, I missed it.

(Edited to add: ok, now I've read the first journal entry and see that I'm not the only one who couldn't figure out what happened to the backpacker)

Journal Entry 6 by futurecat from Christchurch, Canterbury New Zealand on Sunday, June 11, 2006
Given to Lytteltonwitch.

from Christchurch, Canterbury New Zealand on Monday, June 12, 2006
Picked up on Sunday

Journal Entry 8 by Cathietay from Christchurch, Canterbury New Zealand on Friday, January 26, 2007
Left by Lytteltonwitch and taken up by Cathietay who has been quietly reading a TBR pile with no interaction with anyone.
Planning to send to Welly for convention.

Journal Entry 9 by futurecat from Christchurch, Canterbury New Zealand on Monday, February 12, 2007
Dropped off at my place today by a friend of Cathietay's. Now I just have to find an empty corner in my luggage to squeeze it in to...

from Auckland, Auckland Province New Zealand on Monday, February 19, 2007
Picked up from the book table on the quiz night.

I've read one Cat Who book before (The Cat Who Smelled A Rat) which I really enjoyed. Was a good book to read before bed, with my cat Cola (his special talent is eating a lot, not quite in the talented cat league like Koko but I love my Cola anyway).

from Auckland, Auckland Province New Zealand on Saturday, June 02, 2007
The third Cat Who book that I've read (I read The Cat Who Lived High earlier this year) and I'd read opinions on the forum that quite a few readers were quite unsatisfied with this installment of the series.

This copy got a little wet yesterday. I had to ride my moped into town to get to work and had the book in my backpack. It was raining quite a bit so some things in my bag got a little wet. Fortunately the book has dried out fine with hardly any signs that it got wet.

I enjoyed reading this book sitting in the lounge in front of the fire and also read a little bit during quiet times at work. I like all the details and stories the locals tell, makes me feel more towards the supporting characters and interested in how they are important to the story.
And of course I'm fond of Qwill, Koko and Yum Yum. My family has had cats since I was very young so I know how special they are.

I didn't find this book as good as the other two Cat Who books I've read. Probably because I was left wondering what happened to the backpacker.

I'll definately be reading more of the books in this series.

Think I'll take this one along to the next Greymouth BookCrossers gathering and see if anyone there would like to read it.