15 journalers for this copy...

Journal Entry 1 by Sterile from Burnley, Lancashire United Kingdom on Monday, November 15, 2004
The author is the only non Japanese woman to become a Geisha. In this book she gives a unique insight to the closed world of the geisha. the rituals,way of life, and how the movement can survive in todays modern Japan.

Reserved for Perfect-circle to be posted 23 November

Journal Entry 3 by perfect-circle from Newcastle upon Tyne, Tyne and Wear United Kingdom on Saturday, November 27, 2004
received this morning. Thanks very much Sterile

Journal Entry 4 by perfect-circle from Newcastle upon Tyne, Tyne and Wear United Kingdom on Sunday, February 13, 2005
This was a excellently-researched and thorough book on geisha. It removes the romanticism from the profession that appears in books such as Golden's Memoirs of a Geisha and provides a fascinating insight into the geisha culture and its place in Japan.

Thank you Sterile for passing this on to me.

posted to Skribble as a trade.

Journal Entry 6 by skribble from London, Greater London United Kingdom on Friday, February 18, 2005
I'm really looking forward to this - although I have a few books to get through first.
Thanks perfect-circle!

Journal Entry 7 by skribble from London, Greater London United Kingdom on Thursday, March 10, 2005
I was a little worried this book would be quite dry. However, it wasn't at all.
A really fascinating account of what it means to be a geisha or to live in their world. I hadn't realised there was so much diversity and was pleased that I could put my husband right when he commented that his understanding was that all Geisha were basically acceptable prostitutes.

I would like an update now - as most of the research comes from the late '70's - it would be interesting to hear how Geisha are surviving & developing in today's world.

I have decided to send this out on a bookray. Participants so far 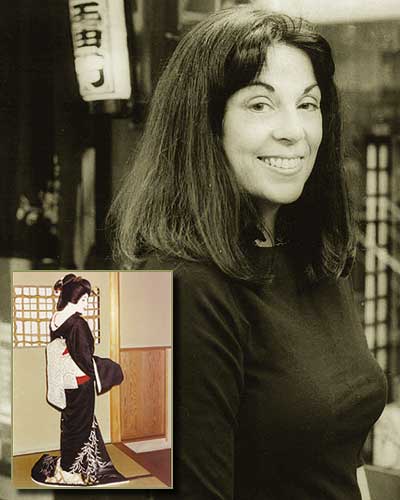 I have to confess that I didn't really enjoy the first few chapters. Maybe it's because I've read Geisha of Gion and Autobiography of a Geisha quite recently, and I was a bit overdosed on Japanese-culture? In particular, I found chapters 4 and 5 (history) so dry that I nearly gave up. I'm glad I didn't though, as it really is an interesting read, and I raced through the chapters relating to Dalby's experiences as a geisha. I would have liked more information on how she came to be fluent in Japanese, how she came to study geisha etc (there is brief mention of early stays in Japan) but maybe that’s just nosiness on my part!

I agree that it would be interesting to know what's happening nowadays (Dalby's experiences were 30 years ago!) I found a couple of interesting websites here and here, and there's plenty of information on how to become a bar hostess here!

Journal Entry 10 by redjanet from London, Greater London United Kingdom on Monday, June 20, 2005
Just picked this up from the post office the other day. Thanks!

Journal Entry 11 by redjanet from London, Greater London United Kingdom on Friday, July 15, 2005
I predictably became more interested in the topic of geishas after reading Arthur Golden's Memoirs of A Geisha, so I found this to be a fascinating account by an outsider who actually became part of their world. Although at times it feels disjointed, Liza Dalby gives very detailed accounts of different aspects of geisha life, from what the actual role of geisha is down to the finer details such as how hair is worn and the variations of kimono, the latter of which I surprisingly found quite fascinating.

I wish there had been even more actual personal details by the author of her experiences on top of all of the history, and like Skribble I really wish she or someone else would write an even more modern update on what geisha life is like today. Still, I did really enjoy reading this book so thanks again for the relay!

I'll be passing this on to Mastulela in the next few days.

Journal Entry 12 by redjanet at To the next participant in Bookring/Bookray, -- By post or by hand/ in person -- Canada on Wednesday, July 20, 2005

I posted this today to Mastulela who is next on the list. Enjoy!

Journal Entry 14 by Mastulela from Nuneaton, Warwickshire United Kingdom on Friday, July 29, 2005
I found the book very interesting. Some of the early chapters were a bit 'academic'(dry), but overall it was a good read, which complements and explains the different experiences depicted in two recent Geisha memoirs I have read; Memoirs of a Geisha by Arthur Golden and the Geisha of Gion by Mineko Iwasaki. Liza Dalby authenticates the harsh world described by Golden (which is admittedly softened by a romantic strand). On the other hand I thought Mineka Iwasaki's defensive explanation of mizu-age unconvincing, so I was pleased to read Dalby's full discussion of the topic. I think I understand the nuances of Japanese society more now, but I must admit to having a problem with Japanese names and words, in spite of the glossary at the back.

Overall a fascinating expose of a changing and disappearing world.

Thank you for letting me read this book.

Off to CoolboxUk on Monday. (Posted August 2)

Journal Entry 15 by rem_XGD-219596 on Monday, August 15, 2005
This is my 3rd attempt to journal this book: it came actually about two weeks ago and I'm certain I journalled it then. Then I tried again a while ago after receiving a worried pm from Mastulela. Don't know what happened there but I seem to be having problems with this website, it seems to follow the procedure but when I check it's not there! Trying again and hopefully more luck?!? SO SORRY!

Well, it's truly and safely here but I've got another two ring books to read first, so it'll be a little while.

Journal Entry 16 by rem_XGD-219596 on Monday, September 05, 2005
Very interesting book which I truly enjoyed reading. It's quite a different account on geisha, from a very different point of view, i.e. a Westerner who has actually had real inside experience. What an amazing thing to do for Liza, actually become a geisha. And how it all makes sense if you have not been brought up in the culture.

Journal Entry 17 by UrbanSpaceman from Kingston upon Thames, Greater London United Kingdom on Monday, September 12, 2005
Arrived today from CoolboxUK. Joining the other 5 rings books I got today...

Journal Entry 18 by UrbanSpaceman from Kingston upon Thames, Greater London United Kingdom on Thursday, October 13, 2005
Very interesting book (especially as I am off to Japan on work tomorrow - though I don't expect to be meeting with any geishas!) The combination of 'acadmic' and 'personal' worked well for me and gave me insights into Japanese culture that I didn't have before. As an earlier journaller has said though, it would be useful to know how things have chnaged since the 1970s.

Anyway this is what I thought of the book. Liza Dalby is obviously very passionate about Geisha and her time as a Geisha. This book was packed solid with information, although sometimes this was also the book’s downfall as it was heavy reading that needed plenty of time to slowly digest. I found it wasn’t a book that I could sit and read for too long as I would become overloaded with Japanese names and meanings that I would forget how they fitted into the context of everything else.

Geisha was quite clearly major influence for Arthur Golden. The book also knits together the fiction from Memoirs of a Geisha and the factual Autobiography of a Geisha. The popular notion that Geisha are high class prostitutes is dispelled although it also pointed out in the book that some Geisha were less than scrupulous about their relations with customers.

Given the anthropological research that has gone into Geisha it is easy to understand the appeal of the Geisha lifestyle compared to the life of a Japanese wife. As the book was written some time ago and Western culture was starting to change Japanese culture I wonder how much of the traditional Japanese wife role still exists.

on Saturday, October 22, 2005
Arrived in the post today,
thanks a lot Catrionamoore .

Journal Entry 21 by Jenatleisure from Chobham, Surrey United Kingdom on Wednesday, November 09, 2005
Well this book is now well travelled, as I took it to Scotland with me and confess that I didn't open it.

I think I am just all geisha'd out
3 books on the subject in 3 months has proved to much.
I did start it but to be honest I found I didn't care and so I stopped.

I will get it on is way to Portugal just as soon as I have the address.

Thanks for sharing Scribble.

It's with me now.
It'll probably be one of my next TBR, so I shouldn't take to long to read it.
Thanks for sending, Jenatleisure 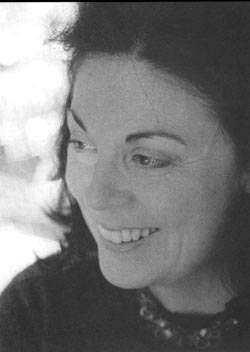 I loved Memoirs of a Gueisha, one of my favorite books of last year, so I was looking forward to reading this book.

While Liza Dalby's accounts are interesting and shed some light into japanese culture, I found myself having some problems with the flow of the book. I think too much emphasis was put on the academic paper part of the book, and less on what she really went through when she was there. I understand her idea of showing some hard facts and giving detailed accounts of most traditions, but in my oppinion that is what makes the book suffer: we sometimes find ourselves lost in all the information, and lose track of what she is going through.

Thanks of making this ring, skribble, it will be on its way to Finland as soon as possible.
[10/01/05] Sent today

Journal Entry 24 by Sobergirl from Turku, Varsinais-Suomi / Egentliga Finland Finland on Monday, January 16, 2006
The book is now with me.

Journal Entry 25 by Sobergirl from Turku, Varsinais-Suomi / Egentliga Finland Finland on Sunday, January 29, 2006
I'm sorry I will not have time to read this book, it looks interesting and I have studied the pictures.
I will mail the book to decay asap, early next week.
"Memoirs of a geisha" opens in March in my hometown. I will go see it. I read that book last year and liked it a lot.

Journal Entry 26 by decay from Lyon, Rhône-Alpes France on Tuesday, March 07, 2006
Received it yesterday... 4 Bookrings to complete before this one, this is getting harder, I'll do my best.

Journal Entry 27 by decay from Lyon, Rhône-Alpes France on Saturday, July 01, 2006
A real inside look. I discovered what being a geisha was all about.

Sorry for keeping the book for such a long time, it's not easy being the father of two boys.

On its way to Dospescados.

Journal Entry 29 by dospescados on Tuesday, July 18, 2006
Thanks, I'm looking forward to this!