Journal Entry 1 by rhombitruncated from Bowie, Maryland USA on Sunday, August 04, 2002
This is a mystery set in the late 1800s. A string of murders takes place in New York where the police commisioner, Theodore Roosevelt, is trying to clean up the corrupt department. A secret investigation into the murders is undertaken by an alienist (i.e. psychiatrist) with a somewhat dubious reputation amoung most New York circles.

This is the first mystery I can remember reading since the "Encyclopedia Brown" books in my youth. Overall I enjoyed it, and am likely to sprinkle more mysteries into my reading pile every now and then.

Journal Entry 3 by gtownbookie from Washington, District of Columbia USA on Tuesday, August 27, 2002
Found the book at the Starbucks where it was released. I don't personally have time to read the book before releasing it, however, its now going to be sent to senegal with a friend of mine, who will release it back into the wild there.

Journal Entry 4 by gtown-girl on Tuesday, November 19, 2002
my friend Gtown bookie gave me the book in DC,and then I left for West Africa...to be hones it looked sort of creepy so I didn't read it :) so now I'm leaving it in a bedroom at the Djijack campement in Djiffer, Senegal. 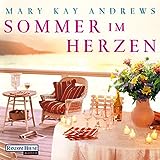 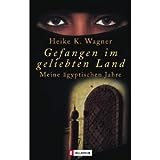 "History will be kind to me for I intend to write it."