I've been wanting this collection for a long time... finally found it on half.com! This is a collection of short stories. The stories are:


Night They Missed The Horror Show by Joe R. Landsale
The Midnight Meat Train by Clive Barker
Film At Eleven by John Skipp
Red by Richard Christian Matheson
A Life In The Cinema by Mick Garris
Less Than Zombie by Douglas E. Winter
Rapid Transit by Wayne Allen Sallee
While She Was Out by Edward Bryant
Meathouse Man by George R. R. Martin
Reunion Moon by Rex Miller
I Spit In Your Face: Films That Bite by Chas. Balun
Freaktent by Nancy A Collins
Crucifax Autumn: Chapter 18--The Censored Chapter by Ray Garton
Goosebumps by Richard Christian Matheson
Goodbye, Dark Love by Roberta Lannes
Full Throttle by Phillip Nutman
City of Angels by J.S. Russell
Outlaws by Paul Sammon

from Port Richey, Florida USA on Wednesday, May 17, 2006
What an awesome collection! I did have to struggle through the book, but not because the stories weren't good, simply because I have trouble staying focused on short stories for long. But I persevered, and it was well worth the effort to read them all together! Sammon does great introductions to each of the authors and stories, so they all just flowed together.

Night They Missed The Horror Show by Joe R. Landsale: A quick, very graphic read. A bit hard to stomach as it dealt with some very racist pigs, but worth the time!
The Midnight Meat Train by Clive Barker: I had read this years ago in The Books Of Blood, it's a great, grisly story. I'm glad I re-read this Lovecraftian tale.
Film At Eleven by John Skipp: Moved slow at first, but the buildup of tension was evident, and the ending hits you over the head with a bloody sponge!
Red by Richard Christian Matheson: The shortest story in the collection, also one of the most brutal, you really aren't quite sure what is going on until the last sentence, which just takes your breath away!
A Life In The Cinema by Mick Garris: Sick, twisted, perfect for this collection.
Less Than Zombie by Douglas E. Winter: I liked this one, quite hard to read, it was written in homage to the book Less Than Zero by Brett Easton Ellis, and was written in the same rambling first person style. A bit hard to follow at first, but it was great.
Rapid Transit by Wayne Allen Sallee: Another good one, showing the ever-present social commentary that many Splatterpunks are renouned for.
While She Was Out by Edward Bryant: Wow, the tension in this one had me gripping the pages, I need to read more of Bryant's work!
Meathouse Man by George R. R. Martin: Those who know Martin's work would not be surprised by just how twisted and sick this story is. For me, the shocking thing about it was the fact that he wrote this story in 1976!
Reunion Moon by Rex Miller: If you can stomach blatant toilet humor, this is a great one. Had me rolling!
I Spit In Your Face: Films That Bite by Chas. Balun: A decent essay on splatter films.
Freaktent by Nancy A Collins: This was the first I have read of Collins, now I can't wait to read her Sunglasses After Dark, I love her style.
Crucifax Autumn: Chapter 18--The Censored Chapter by Ray Garton: An expurgated chapter from his novel Crucifax Autumn, was really good, but only served to make me desperately want to find this out of print book!
Goosebumps by Richard Christian Matheson: Fantabulous! RC Matheson is a master at short stories.
Goodbye, Dark Love by Roberta Lannes: Was ok, had plenty of sick elements, but the story just didn't grab me as great.
Full Throttle by Phillip Nutman: Nutman can sure weave a mean tale, and keep you on the edge with the buildup of the climax!
City of Angels by J.S. Russell: Another great social commentary tale, post-nuclear style.

at Village Inn at Chambers and Ilif in Aurora, Colorado USA on Sunday, May 28, 2006

I left this book outside on the newspaper stands. When we were done eating, we saw a man talking on a cell phone with the book under his arm.. hope he enjoys the stories! 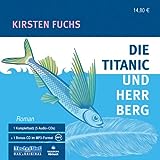 "There is no such thing as a moral or an immoral book. Books are well written or badly written. That is all."