by Joseph Heller | Literature & Fiction |
ISBN: 0684833395 Global Overview for this book
Registered by

from Calgary, Alberta Canada on Sunday, August 1, 2021
This is a story about a group of Allied airforce soldiers during WWII who are stationed on the island of Pianosa, Italy. The story talks a little bit about each of them, but predominantly follows the character Yossarian, who is trying as hard as he can to avoid going on missions because he doesn't want to die or kill people. The title "Catch-22" is referring to a clause in the story, where if you're willing to get on a plane and do bomb runs and possibly get yourself killed, you're "obviously crazy" -- and if you're mentally unwell, you can't fight in the war. However, if you know that it's insane to fight, and ask to go home, you're operating in your best interest and that makes you "obviously sane" -- and if you're mentally well, you don't have an excuse not to go on bomb runs.

This book was incredibly hilarious, and Yossarian's cynical perspective on the war and on social nuance in general was incredibly entertaining for me. For anyone who considers themselves anti-war, anti-capitalism, or a pacifist, the dry humor that Heller brings to this story will really captivate you.

at Studio Bell, home of the National Music Centre in Calgary, Alberta Canada on Sunday, August 1, 2021

I left this in a sitting area with chairs and a table on the 2nd floor, in a room with murals on the wall of a big polar bear and neat light effects. Admission is free on weekends!

Thank you for picking up the book that I left! Bookcrossing is kind of like a global scavenger hunt, but for books! If you're interested, please consider making an account of your own and making a journal entry for the book you just found. Then, when you're done with it, leave it somewhere cool for someone else to find! You can also register your own books, so that they can be part of the game too! Happy hunting! 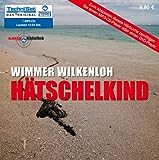 "I cannot live without books."