I found this paperback in this new Little Free Library in Lowell MA while dropping off some books of my own, and nabbed it for another release copy. ("Mira Grant" is a pseudonym of Seanan McGuire, whose work under her own name I've enjoyed as well, including the "Wayward Children" series starting with Every Heart a Doorway.)

This is quite a roller-coaster ride of a book! It opens with a tone of snarky humor in the face of appalling circumstances, as main narrator Georgia complains about her idiot brother Shaun "deciding it would be a good idea to go out and poke a zombie with a stick to see what happens". Come to find out that they live in a world where the zombie apocalypse too place decades ago, and society has been coping by a mix of barricades to keep the infected away from population centers and a barrage of protective gear, weaponry, and medical tests to try and prevent attacks. The book's premise is that it was the bloggers who broke the news about the original breakout in time to allow some to survive, where the mainstream news was hesitant to report on what sounded like something from a horror movie, and nowadays there are highly respected bloggers (including Georgia) who feel responsible for doing investigative reporting, hence putting herself and her brother in the way of the fully-infected.

The way the book sketches out the changes to society - and the nature of those changes, plus the details of the zombie-plague itself - I found quite fascinating, and all too believable. So many zombie tales either result in the world ending completely or the zombies being surrounded and incinerated (except for an escapee or two to spawn the sequel, of course). But this one considers it as a plague, with the kinds of self-limits and evolution that other real-world plagues might have, and where people can have different levels of resistance to it. And the characters are a joy to listen to as they fret and squabble and come to each others' rescue - or as they try to cope with their adoptive parents' yearning to use them as pop heroes for photo opportunities and publicity.

When our heroes begin to pick up on some suspicious political goings-on, the story shifts into more dangerous territory, and as the plots unfold... well, it's quite wrenching.

[There's a TV Tropes page on the novels and other short works set in the same universe.]

I left this book in the Little Free Library outside City Hall on this lovely day; hope someone enjoys it! 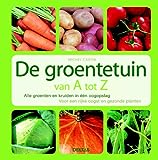