by ELIE WIESEL | Biographies & Memoirs | This book has not been rated.
ISBN: 1466805366 Global Overview for this book
Registered by Ninas_BookNook of Yorktown, Virginia USA on 9/25/2020

Born in the town of Sighet, Transylvania, Elie Wiesel was a teenager when he and his family were taken from their home in 1944 to Auschwitz concentration camp, and then to Buchenwald. Night is the terrifying record of Elie Wiesel's memories of the death of his family, the death of his own innocence, and his despair as a deeply observant Jew confronting the absolute evil of man. This new translation by his wife and most frequent translator, Marion Wiesel, corrects important details and presents the most accurate rendering in English of Elie Wiesel's testimony to what happened in the camps and of his unforgettable message that this horror must simply never be allowed to happen again.

This book was donated to Nina's Book Nook Little Free Library by a user of the library. It is now being released as part of the "Don't Judge a Book by Its Cover" release challenge for week 38 - one-word titles.

Take a book, leave a book! 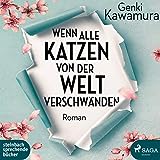 "I wrote my first novel because I wanted to read it."