from Nashua, New Hampshire USA on Friday, May 15, 2020
I got this softcover from Better World Books. It's an anthology of speculative fiction with genderqueer and sexually fluid themes, with entries ranging from fantasy to SF to hard-to-classify. Among my favorites:

"Sea of Cortez" by Sandra McDonald is set in the South Pacific during WWII, with the sailors often pairing up to relieve tension - but the narrator wants more than simple sex, yet fears to let anyone know how he feels about that. After an entertain-the-troops stage show that echoes the hula-skirt-and-coconut-bra scene from "South Pacific", our hero finds himself very pleasantly surprised...

"A Wild and Wicked Youth" by Ellen Kushner was a delightful surprise - it's a look at the childhood of Richard St. Vier, who would grow up to become the lethal and charismatic swordsman in Swordspoint.

"Bonehouse" by Keffy R.M. Kehrli is a gritty, dark-future tale in which people who get addicted to living online fantasy lives may wind up in "bonehouses", dens where they pay rent to be kept on life support while wired in. [Sound all too likely?] The protagonist here (who has a history as a bonehouse resident - using the online world to live as the preferred gender) is a bounty hunter of sorts, hired to find and retrieve people from the bonehouses - usually at the behest of family members. Some intriguing complications here, and enough world-building that I could see this one as a movie.

"Sex With Ghosts" by Sarah Kanning is a very disturbing tale of a woman who's the receptionist at a company that crafts high-end, customized sex-bots - which can be made to resemble anyone, leading to some disturbing revelations. There's a twist here that really got to me, and that pushes the issues of consent about the use of one's own image...

"Spoiling Veena" by Keyan Bowes is a charming tale set in a near-future India where both gender-selection of embryos and gender-reassignment surgery are completely normalized - and where a mother finds herself a bit surprised that her young daughter is now wondering who decided she should be a girl. It's pretty lighthearted, with everyone well-intentioned and kind - and while there are some concerns about timing and expense, all in all it depicts a loving and open extended-family-and-friends circle.

There are stories about pirates reborn, cross-dressing secret agents, love among the faerie, time travel, and more!

I left this book in the Little Free Library outside the Revive Recovery Center; hope someone enjoys it! 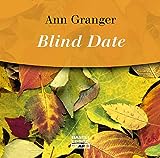 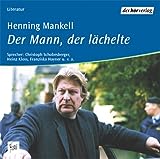