Excellent description of the ‘bubble problem’, and the effect Napoleon’s export policy had on business. It could have been shorter - there is unnecessary emotional inference and repetition.

If you liked this, you may enjoy The Billionaire’s Vinegar.

Bringing to a Bookcrossing meetup.

Journal Entry 3 by Strude at Vancouver, British Columbia Canada on Tuesday, July 09, 2019
MS Mazzeo wanted to write a real analysis of Barb-Nicole's motivation and drive in creating her champagne house but there apparently is just no physical evidence of her personal thoughts since she kept only a business diary and wrote personal letters only to her cousin in Paris. This is too bad in a way because it really would have been interesting to get inside the mind of that rather remarkable woman with the great business sense and a really great amount of luck (in business at least).
Champagne is not a common drink in this house but I have tasted it a few times and agree with those who were pleased when the firms reduced the sweetness. When I was about ten and helping a friend with holiday dishes, her father, a wine agent of some sort, opened the bottle of champagne he'd bought so his wife could taste it. He didn't do it right (as I know now) and there was a lot of foam on the counter. The wife didn't like the taste at all and the husband was disappointed because it had been expensive (of course). We girls wiped up bits of the froth but felt that there was definitely dishwater mixed in so reserved judgement. There is so much myth and imagery around this wine - and somehow it doesn't seem to be wine at all but something totally other.
We had friends who brought a bottle of bubbly when they came to dinner, but it was not usually "real champagne" but a "sparkling chardonnay" which we agreed could be called champagne if the French weren't so persnickety. This book tells you what the French vintners had to go through to get that sparkle and still have to for that matter. Since there is not a lot of personal info about the Widow we learn quite a bit about her competitors, especially the Moet family, and the ways firms had of getting product to consumer. The whole process was fascinating.
The most striking passages had to do with the changes in business firms as the industrial age took over since families became less and less in control and the responsibility for decision making devolved on the male heads of houses, leaving the women to become decorations of society. Only a widow could run her own business. Interesting.
Also interesting was the fact that while some people were trying to increase the champagne bubbles the monk cellarer was trying to get rid of them
It was a fascinating book but too bad that the author couldn't write her explication of the role of a single woman in the male industry of wine making. 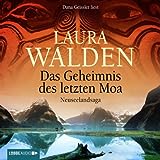 "Let us dare to read, think, speak and write."