The Sweetness at the Bottom of the Pie: A Flavia de Luce Mystery

by Alan Bradley | Mystery & Thrillers |
ISBN: 0385343493 Global Overview for this book
Registered by

I got this softcover from this Little Free Library in Ayer, MA while dropping off some books of my own.

The narrator and heroine of the book is a snarky 11-year-old with a fascination for chemistry - especially poisons, though there's a charming scene in church where she muses on the chemical origins of the colors in the stained glass - and who deliberately wears flat-lens glasses for that Scary Shiny Glasses effect!

In some ways the story reminded me of a mix of Agatha Christie mysteries and Shirley Jackson's We Have Always Lived in the Castle, with more humor and with heaps of sibling rivalry. (Some of the pranks between the sisters reminded me uncomfortably of my own childhood; I was never as mean to my little sister as Flavia's older siblings are to her, but then again my sister - annoying as she could be at times {grin} - didn't go out of her way to snoop among, or actually destroy, my belongings. As over-the-top as the rivalry got, it did seem that the sisters rather enjoyed it, and were pretty good at getting even, but it's definitely a sign that the story shouldn't be taken too seriously.)

I enjoyed many details of the story, from Flavia's first meeting with the "dragon lady" librarian (who turns out to be a kindred spirit to our overly-curious heroine), to the ways in which her deductions worked out - and especially the way in which her overly-elaborate deductions contrasted with the more prosaic researches of the police. And there were touching details of her family life, with her father's way of grieving for the missing mother (lost while mountaineering - how dramatic is that? Especially as they Never Found The body...), and the care everyone takes of the war-traumatized Dogger.

I left this book on a window ledge inside the bakery, while stopping by for some goodies; hope the finder enjoys it! 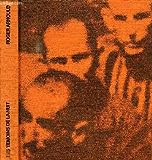