by Shimura Takako | Graphic Novels |
ISBN: 1606994166 Global Overview for this book
Registered by

This is not an ordinary book: it's a BookCrossing book! BookCrossing books are world travelers - they like to have adventures and make new friends...and every once in a while they even write home to say what they've been doing.

Shuichi Nitori and his friend Yoshino Takatsuki are in the fifth grade and they have something in common: neither one feels comfortable the way they are. Their families don't know it yet, but Shu wants to be a girl, and Yoshino wants to be a boy.

I found the translator's notes at the end interesting.

Monday, October 16, 2017: I had too many books for the box, so this one is headed out as a wishlist surprise instead.

Released for Secretariat's 2017 Never Judge a Book By Its Cover Challenge (week 41: translations).

Please take a moment to make a journal entry and let this book's previous readers know that it's safe with you.

How and where did you find the book? What did you think of it? What are you going to do with it next?

(Think of it like Where's George for books: a little like geocaching or a treasure hunt - you can follow a registered book's journey every time someone makes a new entry. Some BookCrossers even leave books *in* geocaches!)

Journal Entry 3 by emmejo at Trumansburg, New York USA on Thursday, November 09, 2017
Thank you so much! This was a very unexpected surprise!

I thoroughly enjoyed this story, and read it all in one sitting. I haven't encountered too many books that depict trans children exploring their identity, and I think the manga format makes it more accessible to some readers.

I had also somehow missed in reviews that one of the first times the two main characters get to present as they would like is during a school play of The Rose of Versailles. I'm fond of the anime adaptation and have cosplayed as Oscar myself (photo attached!), so I was delighted to find a reference to others exploring gender through the lens of an old, lesser-known franchise!

My main quibble with this volume is that I was having trouble telling some of the characters apart, even with the little chart at the beginning. Several times I ended up flipping back to double-check who someone was and what their relationships to our main characters were.

Sent out as part of the Wishlist Tag Game

at Nashua, New Hampshire USA on Wednesday, February 28, 2018
The wishlist book arrived safely today - many thanks! I've wanted to read this one for some time, in large part due to the comments in its TV Tropes page.

Later: I also found it hard to tell the characters apart at times, which is a serious drawback in this kind of story - but overall I enjoyed it, especially the tentative friendship between Nitori and Tatsuki, as they each begin to realize that they're both uncomfortable with the roles society traditionally gives them.

Since the main characters are all in 5th grade at this point, this isn't a who's-falling-in-love story - though I suspect it may turn into that in later volumes. Oh, there are some crushes going on, and much fun is had with the casting in the "Rose of Versailles" show, but these are kids and they generally act like it.

It was a bit weird when Chiba kept trying to give dresses to Nitori - she doesn't realize that he's questioning his own gender identity, and appears to like him as a boy, but she persists in this rather fetishistic behavior.

Late in this volume, Nitori and Tatsuki encounter some challenges - Nitori has a dream in which, having revealed his inner self to Tatsuki, hears the retort "Faggot"!, and later Tatsuki discovers she's begun her period at a VERY inconvenient time. That leads to some teasing that, while not as awful as it might have been, is enough to send Tatsuki home in tears... though she proves herself able to deal with this later on, even if it does involve fisticuffs!

I was pleased to find that, after all this, the class play came off beautifully {wry grin}. And I hope that the young folk will navigate their personal troubles successfully in future volumes.

I left this book on the mother-and-child statue in the park, amid the preparations for this afternoon's Pride Festival - lots of rainbow flags, people in fabulous outfits, looks like great fun. Hope someone enjoys the book! 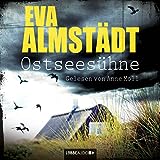 "Reading is thinking with someone else's head instead of one's own"