The City and the Stars

of Ledbury, Herefordshire United Kingdom on 6/4/2017

from Ledbury, Herefordshire United Kingdom on Sunday, June 04, 2017
I'm a sucker for the Masterworks series, so couldn't resist picking this off the charity shop shelves :)

at Ledbury, Herefordshire United Kingdom on Tuesday, October 20, 2020
I definitely have mixed thoughts about this book.

One one hand, it's beautifully written and the description of this far-future world bring it vividly to life. Alvin's actions are huge for this world - a bringing together of the two remaining human cultures and a better understanding of the past.

On the other hand, for the reader, not a lot actually happens. First we have Alvin's exploration of the city and his need to find a way out, which is interesting and exciting. Once he's out and goes to Lys, he meets a different type of human. Then he goes off exploring the wilds and finds an alien and a robot. Then goes off to explore nearby space and finds another creature. Then he comes home.....

Don't get me wrong, it's all very good and a very enjoyable read - you get swept along in Alvin's purpose and can't help but get excited as he finds one new thing after another. But I think that's the problem - discovery after discovery after discovery gets a little tedious - and in the end most of the conciliatory actions of Lys and Diaspor happen off stage while he's gadding about in his space ship.

I do like the ending though. Great that it's all kept open to interpretation - nothing is really solved, but you can imagine how life is going to change for all the remaining humans.

A great piece of imagination - well worth the read.

I hope you enjoy your surprise wishlist RABCK

Journal Entry 4 by eastbaybookmisr at Oakland, California USA on Monday, December 28, 2020
Caught this in the mail today as an international surprise Wishlist RABCK! With lots of extra helpful BookCrossing label goodies! Thank you!

This is a pristine copy, 2001 SF Masterworks trade paperback, of the 1956 classic called "Probably his most perfect work" by Encyclopedia of Science Fiction. This was on my list of best classic sf to read.

Edit February 24, 2021: I was very astounded by the vast scope of this, looking forward millions of years, and with such outrageous vision about how things would actually be. It is giant leaps ahead of that quaint era's typical extrapolation of a jet-age American superpower into an Empire that is just culturally frozen into silliness only a few decades later. This instead is comparable to some of the stuff Larry Niven and Vernor Vinge cooked up for the future, decades later. Quite impressive. But now that it is over a half century old, it does tend to drag out, and the revelations are not quite as mind-blowing as they would have been in the Eisenhower era. But still, it got me to slow down a bit in my usual skimming, and to re-read some passages that made me go whoa. Overall, it is a masterpiece, and I currently have this ranked at #289 on my ranked list of best-read books lately.

And please visit the next meetup of TriValley BookCrossing group, at Panera Bread in Dublin, the second Tuesday of each month.

And if you are now hoping to catch or release another book, but don't know where, check out my home page for a full list of all the local Little Free Libraries and other great release zones, where books can be safely left and found!

Aside from loving shared books, my main passion in life is supporting the human rights work of my good friend, Anni Cyrus. 💖 💖 Her life story of survival as a childhood refugee is astounding, and quite moving! 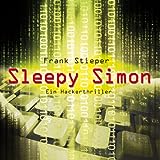