by Charles Dickens | Literature & Fiction |
ISBN: 0192833677 Global Overview for this book
Registered by

from Nashua, New Hampshire USA on Saturday, April 22, 2017
I found this fair-condition softcover at a local Salvation Army thrift shop, and nabbed it for another release copy.

This is not among my favorite Dickens novels, but it has its points; it's just so unrelentingly depressing! It opens with the "I want facts" taskmaster Gradgrind, sapping the joy from his students and his own children. From there we meet hapless laborer Stephen Blackpool, who's trapped in a loveless marriage with a drunken wife who left him - but has returned. Young Louisa is pressured into marrying a much older man, and does so to secure her brother's future, but he's an ungrateful wastrel.

Several characters (notably Stephen but he's not the only one) wind up in dire straits through no fault of their own, and in most cases it's a fairly small act (or failure to act) that triggers the tragedies. "Hard times" indeed...

[There have been a couple of TV mini-series based on the book, one in 1994 and another in 1977. And there's a short but interesting TV Tropes page on the novel.]

I left this book in a little gazebo in the high school parking lot, after noticing that a carnival is setting up there. Since the novel includes a scene in a traveling circus I thought it was a fitting connection. Hope the finder enjoys the book! 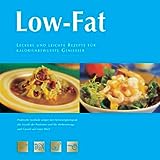 "Strange thoughts brew in your heart when you spend too much time with old books."