The Book of the Unnamed Midwife (The Road to Nowhere)

Journal Entry 1 by loriped from Keizer, Oregon USA on Tuesday, January 24, 2017
When she fell asleep, the world was doomed. When she awoke, it was dead.

In the wake of a fever that decimated the earth’s population—killing women and children and making childbirth deadly for the mother and infant—the midwife must pick her way through the bones of the world she once knew to find her place in this dangerous new one. Gone are the pillars of civilization. All that remains is power—and the strong who possess it.

A few women like her survived, though they are scarce. Even fewer are safe from the clans of men, who, driven by fear, seek to control those remaining. To preserve her freedom, she dons men’s clothing, goes by false names, and avoids as many people as possible. But as the world continues to grapple with its terrible circumstances, she’ll discover a role greater than chasing a pale imitation of independence.

After all, if humanity is to be reborn, someone must be its guide.

Journal Entry 2 by loriped at Keizer, Oregon USA on Tuesday, January 24, 2017
Mailing off to someone who won this in a swap.

Journal Entry 4 by HoserLauren at Burlington, Ontario Canada on Saturday, March 09, 2019
When the disease hit, the midwife was right in the thick of it working at the hospital as it took out almost all females and children. No babies survived childbirth and hardly any of the mothers. Men were contracting the disease as well, but the mortality rate wasn't as high as the females. When she falls sick she thinks this is the end for her as well.

Waking up in the hospital after society has fallen, the first thing she must do is find supplies. She soon runs in to two men, one of which is cooking food and invites her to eat. After eating, they enter a mall for supplies and when others in the mall learn there is a female, they attack. The men manage to keep them away but cut ties with her after that. They can't be responsible for keeping a female safe in these conditions. Many females are being kept as slaves and raped daily since there are so few.

I could not put this book down. I was completely invested in the midwife surviving her journey, wherever it was going to lead to. There were some interesting characters introduced along the way but all of them in passing. This tale, for the most part, is pretty lonely, but there are some relationships and companionship that give a bit of light to this overall dark tale.

I will be passing this along to a colleague. 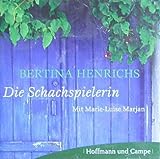