by Gore Vidal | Mystery & Thrillers | This book has not been rated.
ISBN: Global Overview for this book
Registered by

from Canberra, Australian Capital Territory Australia on Saturday, February 03, 2018
Gore Vidal's Narratives of Empire series spans the history of the United States from the Revolution to the post-World War II years. With their broad canvas and large cast of fictional and historical characters, the novels in this series present a panorama of the American political and imperial experience as interpreted by one of its most worldly, knowing, and ironic observers.
Burr is a portrait of perhaps the most complex and misunderstood of the Founding Fathers. In 1804, while serving as vice president, Aaron Burr fought a duel with his political nemesis, Alexander Hamilton, and killed him. In 1807, he was arrested, tried, and acquitted of treason. In 1833, Burr is newly married, an aging statesman considered a monster by many. Burr retains much of his political influence if not the respect of all. And he is determined to tell his own story. As his amanuensis, he chooses Charles Schermerhorn Schuyler, a young New York City journalist, and together they explore both Burr's past and the continuing political intrigues of the still young United States.

Released on a covered picnic table in front of an 'interested' sheep. Tailem Bend, SA. 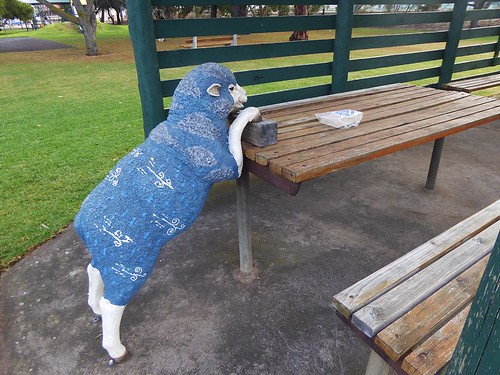 If you take this book the previous readers would really appreciate if you could please log your find. That way we can all follow the book's journey. Bookcrossing is spam free and your details are private, or you can log the find anonymously. Thank you and enjoy the read.

To the finder, enjoy, and I hope you will write a journal entry so that previous readers will know that this book has been found (even anonymously). It is always a joy to find where it has gone. Once you've read this book, pass it on to a friend, or set it out "in the wild" for someone else to find as you did.
You can remain anonymous but if you are interested in joining please consider using - Goldenwattle as your referrer.
When you pass this book along, please make a release note to let others know where you left it. Thank you.
More information on BookCrossing