Journal Entry 1 by Athensbc2016 from Athens - Αθήνα, Attica Greece on Saturday, March 26, 2016
"They lived in Los Angeles, in a block of apartments known as The Ten Building -nine lonely women whose lives were to be changed suddenly and violently when Lotus Lin and her lover came to live there. Beneath the outer normality of The Ten Building's tenants there was an inner seething, a desperate struggle to escape the entrapment of circumstances. But lotus Lin and her exuberand lust for life brought all the secret dreams, all the hidden guilts to the surface..." 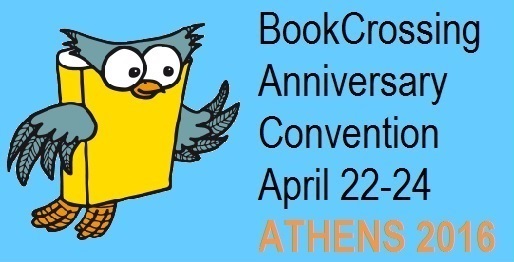 Journal Entry 3 by kermit60 at Nea Smirni - Νέα Σμύρνη, Attica Greece on Monday, April 25, 2016
I took this from the book buffet at the convention in Athens 2016

"A truly good book is something as wildly natural and primitive, mysterious, and marvellous, ambrosial and fertile as a fungus or a lichen."