from Springville, Tennessee USA on Monday, November 21, 2016
I got this book just for Bookcrossing and will read and or release, I don't know which yet!

To the finder of this book:

Welcome to BookCrossing! This book you found is now yours to read, enjoy, keep or pass on to another reader.

The BookCrossing ID, which you entered in the "Enter a BCID" box on the website, is unique to this copy of this book. We would be delighted if you would make a journal entry to say you have found the book.

BookCrossing is FREE to join and a great deal of fun, completely confidential, and you may remain anonymous. If you choose to join please consider using me BOOKSTOGIVE as your referring member.

at Winnipeg, Manitoba Canada on Friday, July 27, 2018
This nicely fills in a gap in the Nevada Barr books that I have read. It is set in Rocky Mountain National Park, a park that I have visited several times. Looking forward to read this.

at Winnipeg, Manitoba Canada on Tuesday, December 24, 2019
I first became acquainted with Nevada Barr and her National Parks Ranger sleuth Anna Pigeon in 2001. Ms Barr's book Blood Lure was set in Glacier National Park (the one that shares a border with Canada's Waterton Lakes National Park) which was a place I had visited. I really enjoyed it and so I set my sights on reading all the ones that came before and then catching up to date. With this book I have read all the books that were published up to 2010 and now I have to find the last three.

This book is set in Rocky Mountain National Park in Colorado which is a beautiful park that I have visited several times. It's a good thing that this book is fiction because if the horrible things that Anna Pigeon encounters were real probably no-one would want to visit. Anna has just taken a new job as a district ranger in the park and she is still getting up to speed on what she needs to know. She gets a call that takes her out to a campground set aside for disabled campers. There she finds Heath, a woman confined to a wheelchair after falling in a mountain climbing accident, and her aunt Gwen as well as two emaciated and filthy young girls. Heath tells how the girls emerged from the woods dressed in only underwear with no shoes just after her wheelchair had tipped over on a path near her camp site. They have not talked very much but Anna and the other park staff know that they are two of three girls that disappeared some weeks earlier while on a camping trip with their church group. There are many questions to be answered including where were they kept and who by and where is the missing girl. Those questions take a long time to answer partly because the girls claim they don't remember but mostly because the girls are part of a Mormon religious community that refuses to have them seen by any trauma specialists. The only hope for recovering information lies with Heath's close relationship with one of the girls, Beth; Beth clung so closely to Heath that Heath calls her the limpet. Meanwhile Anna is trying to learn the trails and campgrounds in her district and she also hopes she might find the missing girl. Travelling by herself as she does it is little wonder that she gets into some dangerous situations. And it appears that there is a psychopath loose in the park and Anna has to try to stop him/her.

Gripping story which I recommend to anyone wanting to read something a little different from your usual mystery.

I left this book on the bench at the entrance to the Prairie Winds Trail. This release is for the 2020 52 Towns in 52 weeks release challenge - Town #2 . (The nearest town to the Park is also called Birds Hill.) It is also released for the 2020 Keep Them Moving Challenge.

When you find a BookCrossing book it is yours to do with what you like. You can read it and keep it or pass it on or if you don't think it is your kind of book pass it on to someone who might like it or release it in a spot for someone else to find like you just did. Whatever you choose it would be great if you could write a short note letting us know what new adventures the book is on. 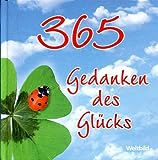